Encore no more? Musicians debate if forced concert callbacks are out of style 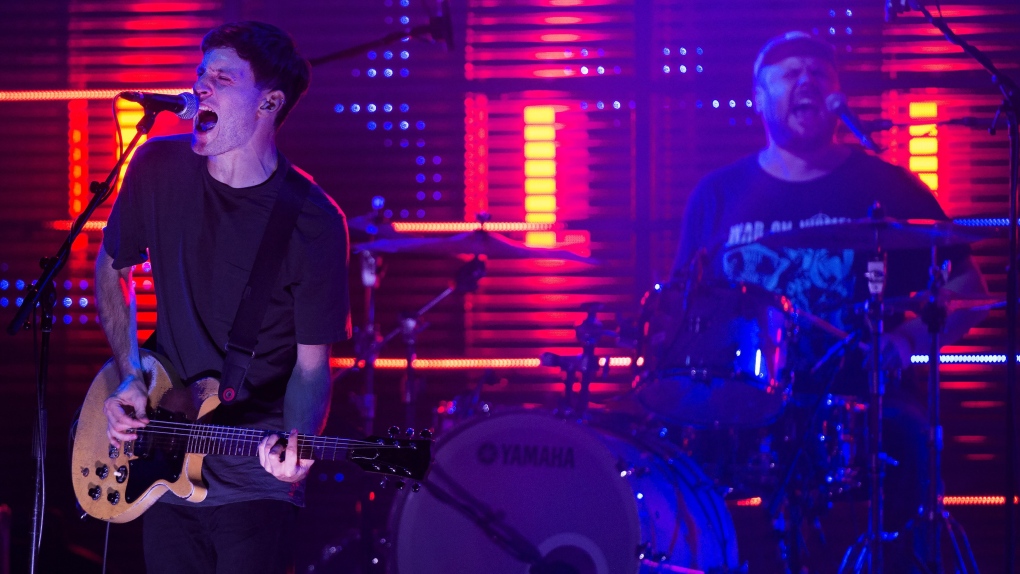 PUP performs during the 2019 Polaris Music Prize in Toronto on Monday, Sept. 16, 2019. THE CANADIAN PRESS/Nathan Denette

TORONTO -- Punk rockers Pup insist there's a time and place for concert encores -- but it's not usually at one of their shows.

Shortly before the start of their 2019 tour, the Toronto band made a pact to stop playing into one of live music's biggest charades. They banned the encore from their setlists and didn't look back.

"An encore's supposed to be when something really special happens," said Pup's lead singer Stefan Babcock.

"You go above and beyond, because people need to hear another song."

Babcock can't stand the farcical nature of process, how at some point, what used to be an impromptu stage call turned into a faux finale starring both the performers and the audience.

If you've been to a concert, you know the drill: the band leaves the stage, everyone cheers, while the auditorium sits in the dark as the applause continues. The crowd waits, and waits...and waits.

Once they've milked the applause, the performers return to the stage to knock out a few more tracks. One of them is usually their biggest hit, which they conspicuously didn't play during the set all but certain they'd need it for the big finish.

The tradition is so deeply ingrained in the DNA of a modern concert that Pup felt it was necessary to explain why they didn't want to participate, in hopes it would extinguish any false theatrics or potential disappointment from their fans.

"We don't need our egos to be stroked," Babcock said in reflection. "People clap after we play songs; that's good enough."

The banality of encores has long been a frustration for some musicians, but in recent years a growing number of notable acts have taken a stand against performing them at all.

Grimes, the electro-pop artist from Vancouver, has told audiences she doesn't like the pause between her main set and the inevitable return to the stage, so she's simply eliminated it in favour of a longer performance.

Alessia Cara nixed encores from her latest The Pains of Growing Tour because she "always felt weird" about dropping the contrived expectations onto fans.

"I like ending where the show's supposed to end," said the Grammy-winning pop singer.

"They know it's done and we know it's done, rather than an: 'Ah, tricked you.' We all know that it's going to happen... so it's kind of like what are we really doing this for?"

Saving the biggest songs for last can also unexpectedly backfire, like it did for the Jonas Brothers at their Toronto show last August. The trio ran into what they later called an "unforeseen technical difficulty" that caused them to leave the stage and not return for an encore, which would've featured their hits "Sucker" and "Burnin' Up."

Some concertgoers responded angrily on social media, while others posted videos of fans singing their own encore.

Arkells frontman Max Kerman believes there's a degree of awareness that performers must have to pull off a successful encore. If the crowd isn't feeling the show, he said, it's better to just sign off and turn up the lights.

"You should know before the end of the set if you're going to have an encore," said the Hamilton singer, who sometimes dons a shiny gold jacket with "ENCORE" written across the back in sequins.

"Sometimes we've got to the end and I'll say to the guys: 'We're wrapping this up, no encore.' And then I'll say to our sound guy 'Dave, this is for real, the last one,' so he knows to hit that P.A. music."

But artists aren't always so lucky to have full control of their shows. Some event promoters will build into their contracts that each musician plays a certain period of time, followed by an encore.

"That's when it feels artificial," said country singer Tim Hicks. "The encore should not be an automatic thing. The encore is for a crowd that gives as much as you give as a performer."

Tom Cochrane, a grizzled veteran who's played his hits "Life is a Highway" and "Big League" on the Canadian tour circuit for decades, considers the encore "a necessary component" of the concert experience.

It's "the ultimate tribute," he said.

This report by The Canadian Press was first published Dec. 26, 2019.