Emmanuel Acho replaces Chris Harrison as host of ‘The Bachelor’ 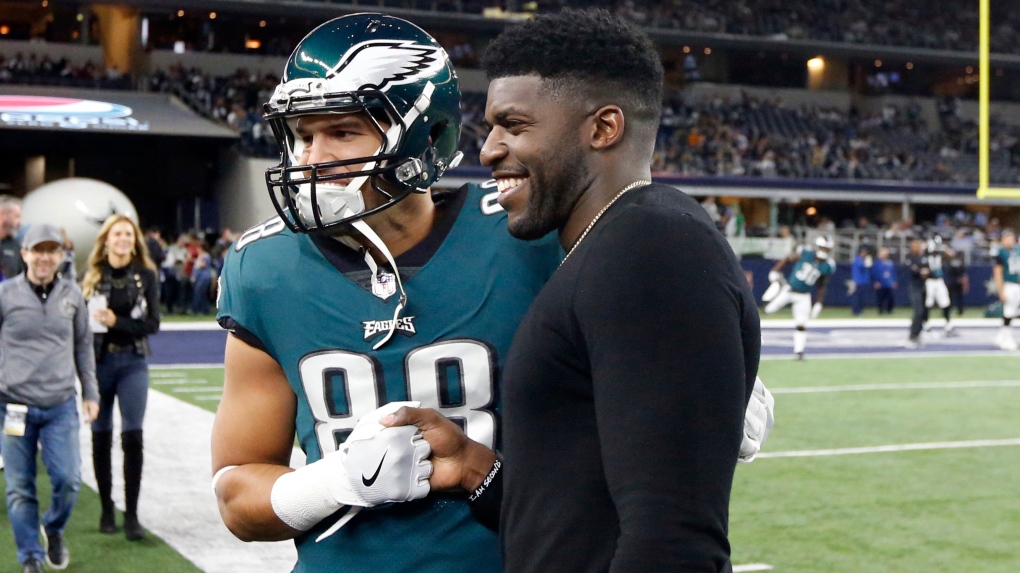 In this Nov. 19, 2017, file photo, then-Philadelphia Eagles tight end Trey Burton (88) has a photo taken with former Eagles linebacker Emmanuel Acho prior to an NFL football game against the Dallas Cowboys in Arlington, Texas. Acho has enjoyed a spectacular rise off the field, beginning with his desire to take on racism. (AP Photo/Michael Ainsworth)

TORONTO -- Emmanuel Acho is stepping in for Chris Harrison for the popular reality television show ‘The Bachelor: 'After the Final Rose’ special.

The former Philadelphia Eagles linebacker turned Fox Sports analyst will officially replace long time franchise host Harrison, after he announced he would be stepping aside for a period of time amid a recent controversial interview.

Acho will anchor the special airing Monday, March 15, immediately after the season finale of The Bachelor.

“I’ve accepted the rose and am honored to be hosting the @bachelorabc After the Final Rose this year. It’s been a pivotal season, and this episode will hopefully be one of the most storied shows in TV history. Empathy is needed and change is coming. Share the news! I’ll see y’all then!” Acho wrote.

During the interview, the two discussed controversial photos that recently emerged of Rachael KirkConnell – the frontrunner on the show’s 25th season – who had attended a plantation-themed college party in 2018.

Harrison will not appear on the 'After the Final Rose' special.