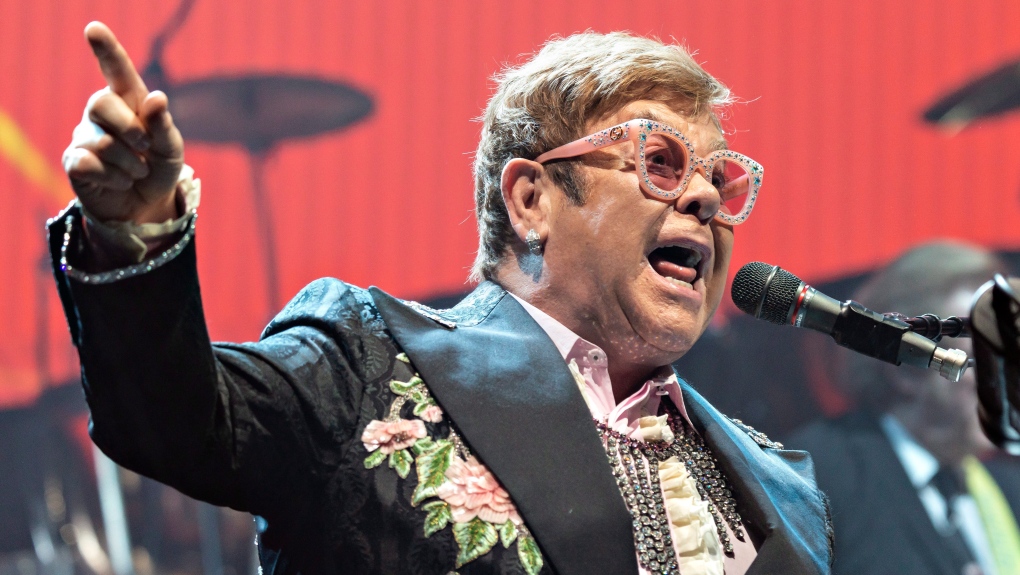 The shows have been rescheduled for next year. Earlier this week, John needed to cut short a performance in Auckland after he lost his voice and needed medical help on stage.

John said in a statement Tuesday he was `incredibly disappointed' and sent his sincerest apologies to his fans. It was not immediately clear if his illness would affect other dates on his tour, which next moves to Australia.

Video clips posted online by fans at Sunday night's performance showed John breaking down in tears as he told the cheering crowd he couldn't go on any longer. The 72-year-old singer said he had walking pneumonia and was assisted off stage.

Tour promoters Chugg Entertainment initially said that John was recovering and the tour would go on as planned, aside from pushing back the next performance by one day to Wednesday.

But on Tuesday night, the promoters released another statement, according to the New Zealand Herald.

"Despite the best efforts of a performer who never wants to disappoint his fans, upon further consultation from doctors and specialists, it has this evening been decided that Sir Elton John's two remaining Mt Smart Stadium, Auckland, performances will be rescheduled to Friday 15th and Saturday 16th January 2021," it said.

John said he'd be back.

"I always want to be able to give 100% and I'm afraid that, right now, I'm not able to do that. I am grateful for the love and loyalty I have been shown by all of you and I can't wait to return in January next year to perform my final New Zealand shows," he said, according to the Herald.

The concerts were part of John's Farewell Yellow Brick Road tour. After the New Zealand shows, John is scheduled for seven performances in Australia before travelling to the U.S. and Canada.

New Zealand Prime Minister Jacinda Ardern said Monday she watched John's shortened show and got to meet him for about five minutes before he started playing.

John had told the crowd he was ill but that he didn't want to miss the show, according to the Herald. He slumped on a stool and required medical attention after performing "Someone Saved My Life Tonight," but recovered and continued to play. Later, as he he attempted to sing "Daniel," he said he realized he had no voice left and was escorted off stage.

John had just returned to New Zealand after performing at the Academy Awards in Los Angeles. He won an Oscar for best original song for his theme song for the movie "Rocketman."

According to the Mayo Clinic, walking pneumonia is an informal term for a milder form of pneumonia that isn't severe enough to require hospitalization or bed rest. It affects the respiratory tract and is most often caused by bacteria.