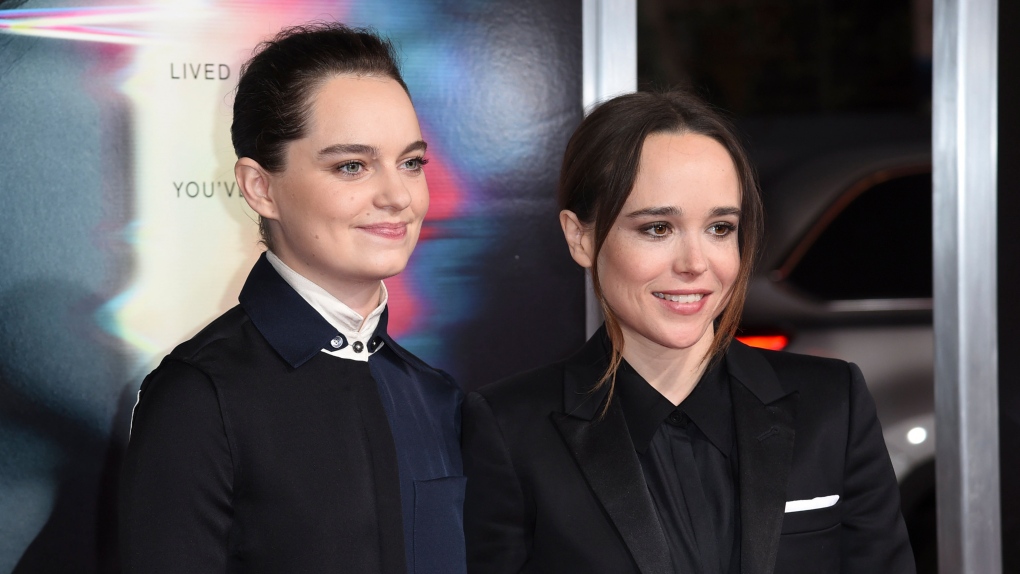 Emma Portner, left, and Elliot Page arrive at the world premiere of "Flatliners" on Sept. 27, 2017, in Los Angeles. (Photo by Richard Shotwell/Invision/AP, File)

NEW YORK -- Actor Elliot Page and Emma Portner said Tuesday that they are divorcing after three years of marriage.

"After much thought and careful consideration, we have made the difficult decision to divorce following our separation last summer," the Canadian couple said in a joint statement. "We have the utmost respect for each other and remain close friends."

They gave no further details.

Page, the 33-year-old Oscar-nominated star of "Juno," "Inception" and "The Umbrella Academy," and Portner, a 26-year-old choreographer and dance teacher, announced their marriage early in 2018 after only having hinted at their relationship on social media.

Portner was vocal in her support of Page when the actor came out as transgender in December, an announcement that was widely greeted as a watershed moment for the trans community in Hollywood.