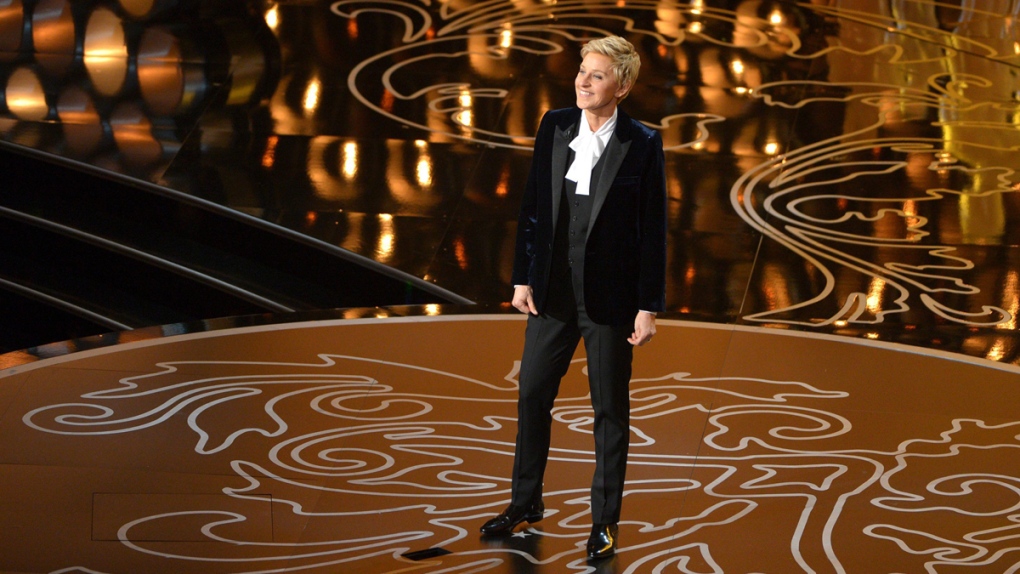 The comedian, actress, producer and daytime talk show host is the second recipient of the accolade, the first having been its namesake, Carol Burnett, who received the award in January.

The award is chosen by the HFPA board of directors and presented annually to a person who has made "outstanding contributions to the television medium on or off the screen."

It is equivalent to the organization's film accolade counterpart, the Cecil B. DeMille Award.

"From her sitcoms, to stand-up, to becoming a household staple on daytime television, she is a pioneer who has captivated audiences for nearly 25 years with her undeniable charm and wit. In addition to her television success, she's an advocate and philanthropist, lending her voice to those who don't have one, and spreading kindness and joy through the power of her platform."

DeGeneres is being honored in part for her career, which began as an emcee at a local comedy club in her hometown of New Orleans. Her standup career led to her 1990s comedy series "Ellen," during which she became the first lead actor in a sitcom to come out as gay.

She has hosted her popular daytime talk show "The Ellen DeGeneres Show" for 17 years and announced in May that she recently extended her contract to host the show through 2022.

Her production company, A Very Good Production, is involved with a wide range of television projects including NBC's fan-favorite "Little Big Shots."

Off screen, she's been a champion for LGBTQ rights and in 2018 established The Ellen Fund, which supports global conservation efforts for critically endangered species.