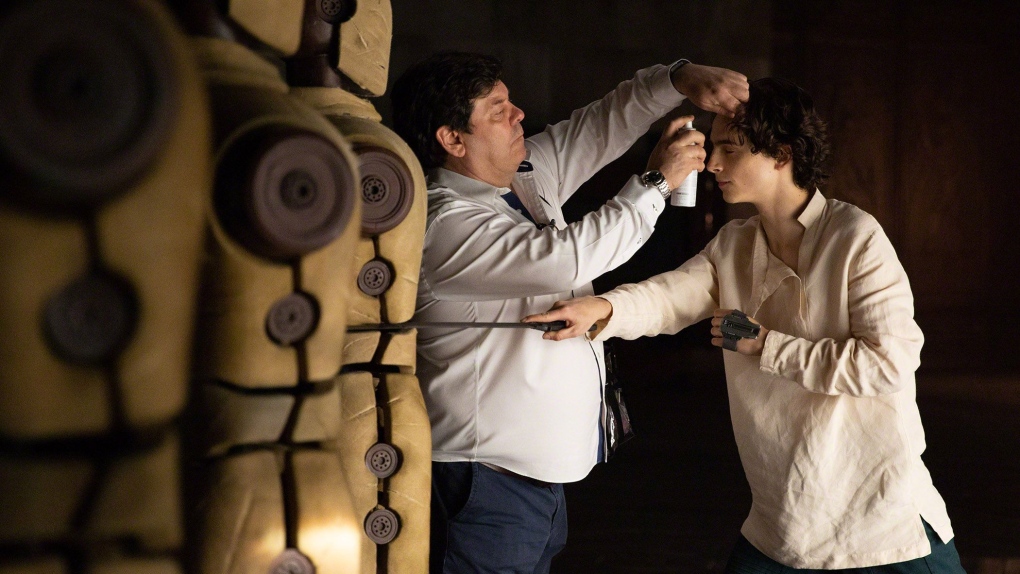 Canadian makeup artist and prosthetic designer Donald Mowat says he didn't let previous film and TV adaptions of "Dune" impact his style choices in the latest version of the sci-fi epic, instead opting to make the characters his own.

The sprawling interstellar story of warring families stars Timothee Chalamet as the protagonist antihero. Oscar Isaac plays his father, who oversees a dangerous desert planet called Arrakis, which contains the most valuable resource in the universe, a drug nicknamed “spice” that gives its users heightened powers and allows navigators to guide spaceships through the universe. This makes Arrakis the target of violent battles and political treachery.

Mowat, who is known for his work on "8 Mile," "Skyfall," "Blade Runner 2049" and "First Man," told CTVNews.ca that he's only worked on films that were either based on a true story, book or play, or are some form of a remake of an original version – making his job more difficult, he says.

"I think there's an influence, and it also makes you [feel] like you're not creating your own looks," Mowat explained in an interview over Zoom.

Mowat said he decided not to watch the 1984 version of "Dune" so as not to have director David Lynch's depiction of the characters influence how he would create them.

"I had the same challenge with 'Blade Runner' because there was this thing, this huge epic thing that people would compare it to inevitably, and I just thought, 'I can't get caught up in that'," Mowat said

Mowat said he has since looked at clips of the original film and is "really glad" he didn't beforehand. 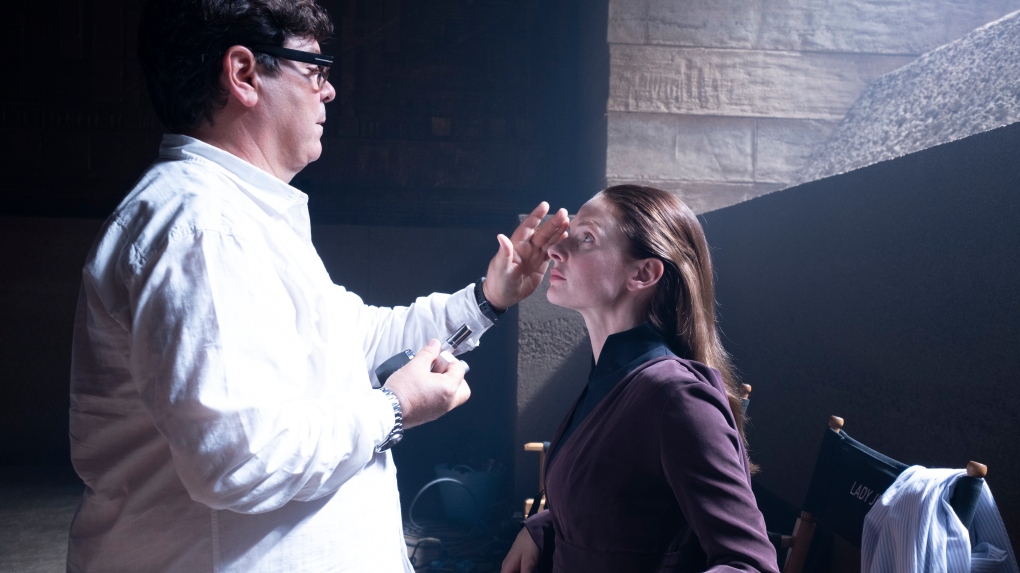 Swapping out characteristics of red hair and wildly overgrown eyebrows, Mowat opted for subtle yet distinct features to recognize each planet's people, specifically the people that live on the desert planet of Arrakis, known as the Fremen.

The Fremen's costumes -- including actor Zendaya's -- were heavily influenced by Bedouin tribes and Moroccan culture, and Mowat said he wanted their hair and makeup to match that aesthetic.

Fremen who use spice have distinctive blue eyes. Mowat also opted to make their makeup look natural, using nude hues to create a "very neutral yet kind of beautiful" look. Their hair is unkempt, but not so much to the point where they "look like savages," he said, adding that there is an "attraction" about the Fremen. 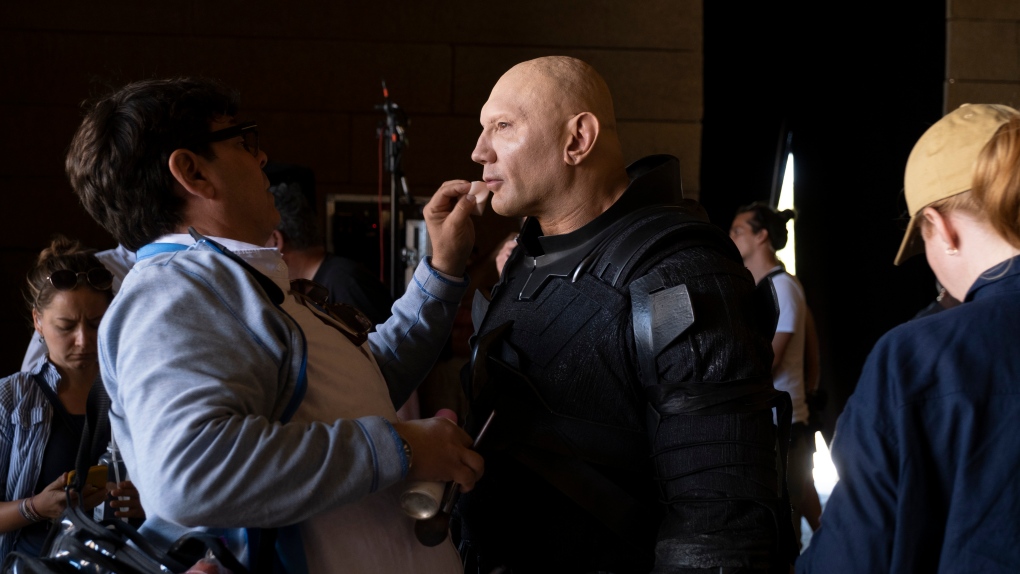 Bald caps, eyebrow covers and small tattoos were also part of Mowat's looks for the Harkonnen and Mentat people -- features not seen in previous adaptations.

In addition, Mowat helped to create the prosthetics for the villainous Baron, played by Stellan Skarsgard. He says the fat suit and prosthetic makeup was a "huge elaborate build," taking the team 16 weeks to conceptualize and create.

"My concept was a character that was based loosely using a gorilla -- the size of a gorilla, the power, the viciousness and fierceness," Mowat said. "Then some Marlon Brando in 'Apocalypse Now" and 'The Island of Dr. Moreau' with that very white skin and makeup."

Mowat said the transformation required Skarsgard to spent six to eight hours at a time in the makeup chair.

With each character's appearance being "meticulously" thought out, Mowat said the film is a testament to the artistry of those who work behind the scenes on major movies.

"For me, it celebrates filmmaking on the big screen -- great costumes, great production design, music, every type of makeup imaginable -- it just encompasses every aspect of cinema that we love so much," he said. 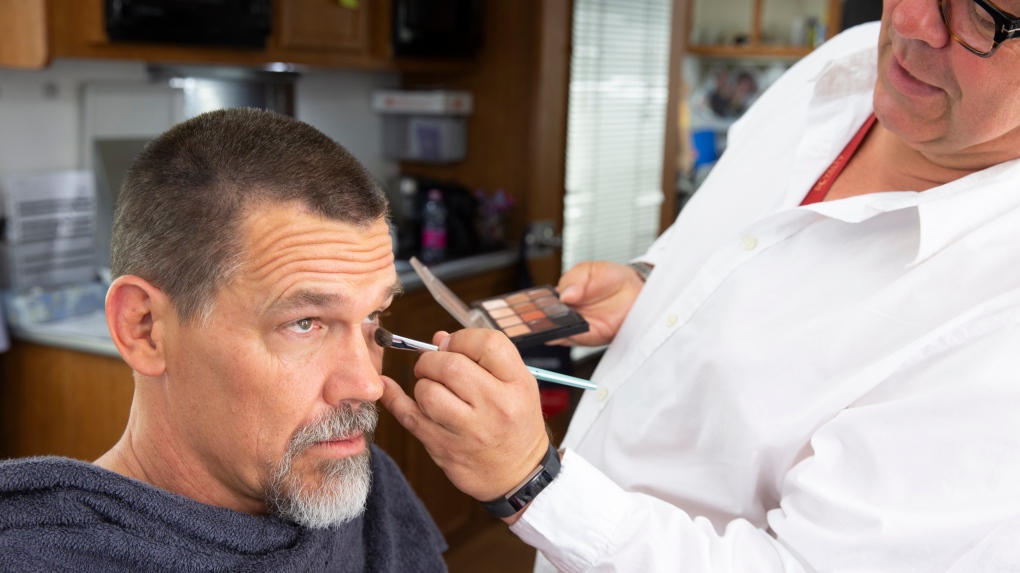 A 12-year-old boy has been arrested and charged with murder in a hit-and-run car crash that killed an 82-year-old woman last month, Dallas police said Wednesday.

Most iCloud data can now be end-to-end encrypted: Apple

As part of an ongoing privacy push, Apple said Wednesday it will now offer full end-to-encryption for nearly all the data its users store in its global cloud-based storage system. That will make it more difficult for hackers, spies and law enforcement agencies to access sensitive user information.