Dua Lipa's 'Future Nostalgia' is a party with a purpose 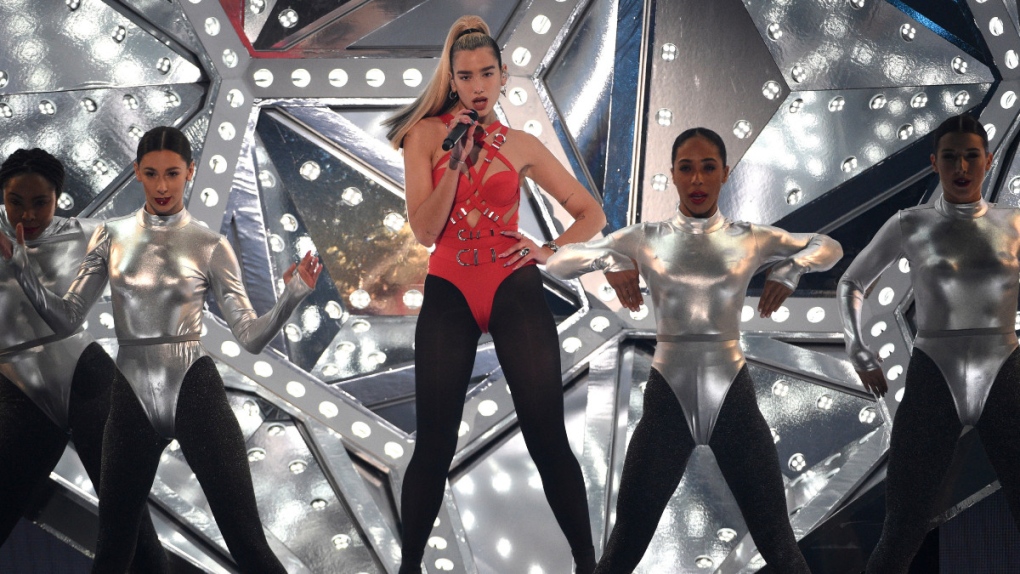 NEW YORK -- Put on Dua Lipa's sophomore album and you'll experience of party -- a collection of upbeat, dance-flavoured, power-pop gems that could brighten your day. But take a closer, deeper look, and you'll also find songs brimmed with messages of hope, equality and vulnerability.

Lipa closes her 11-track "Future Nostalgia" release with "Boys Will Be Boys," a song about the growing pains of life as a woman with clever, sharp lyrics like:

"I'm sure if there's something that I can't find the words to say,

I know that there will be a man around to save the day,

And that was sarcasm, in case you needed it mansplained,

I should've stuck to ballet."

"I wanted to really show another side of me," the 24-year-old said in an interview with The Associated Press. "I always speak up about female equality and gender equality in general and female rights, (but) it was very important for me to put something in that's very close to my heart, that I feel would make other women feel seen and feel heard."

"Future Nostalgia," released last week, comes three years after Lipa dropped her self-titled debut, which featured the Billboard Hot 100 Top 10 hit "New Rules." Outside the U.S., she's had even more success, clocking in countless Top 10 hits and collaborating with powerhouses like Calvin Harris, Mark Ronson, Diplo and BLACKPINK. She expanded her debut album to include those collabs as well as new songs, and it has become the most-streamed album by a female act in Spotify's history.

She performed on several tours, even opening for Bruno Mars and Coldplay (Chris Martin co-wrote a song on her debut album).

"I do feel grateful for the nine months that I felt like I really had ... (to) just write and not really have to think about the outside world. I'm so grateful that everyone was so patient with me in making this," she said. "I know what the music industry is like ... people, I guess, burn through music so much quicker."

Lipa co-wrote every song on "Future Nostalgia," which includes tracks like "Cool," a breezy tune full of confidence, and the experimental dance track "Physical," which sounds like a song Rihanna would have topped the charts with during her sophomore album phase. Close your eyes and listen to "Levitating" and the house track "Hallucinate," and you'll hear Katy Perry. And first single "Don't Start Now," which has peaked at No. 2 on the Hot 100, is a thumping, addictive song that's hard to get out of your head.

Then there's "Love Again," where Lipa opens up with lines like: "I used to think that I was made out of stone/I used to spend so many nights on my own."

"I had a lot of times when I was making this album where I was very much out of my comfort zone, where I really allowed myself to be vulnerable and talk about my very personal experiences," she said. "On a song like `Love Again,' for example, it wasn't written for anyone in particular, but it was like a manifestation of allowing love and good energy into my life because I was going through a little rough patch. It was that point where I didn't know that I could love again."

Lipa was born in London, where her parents fled to from Kosovo as war broke out. She said she started to take music seriously when she was 15, though she initially "didn't think it was ever a possibility. Although my father is a musician, it was different because he was in Kosovo. Things are a lot smaller. It's just different."

"It does come with pressures," Lipa said of winning best new artist last year. "That's how this album came about -- me trying to get away from any pressure and any anxiety of making a second record, trying for it to be better than the first."

She's hoping "Future Nostalgia" can provide a sense of comfort for her fans homebound from school or work because of the spreading coronavirus.

"It's just a fun album made with love that is there to help you get out of bed a little easier in the morning," she said.