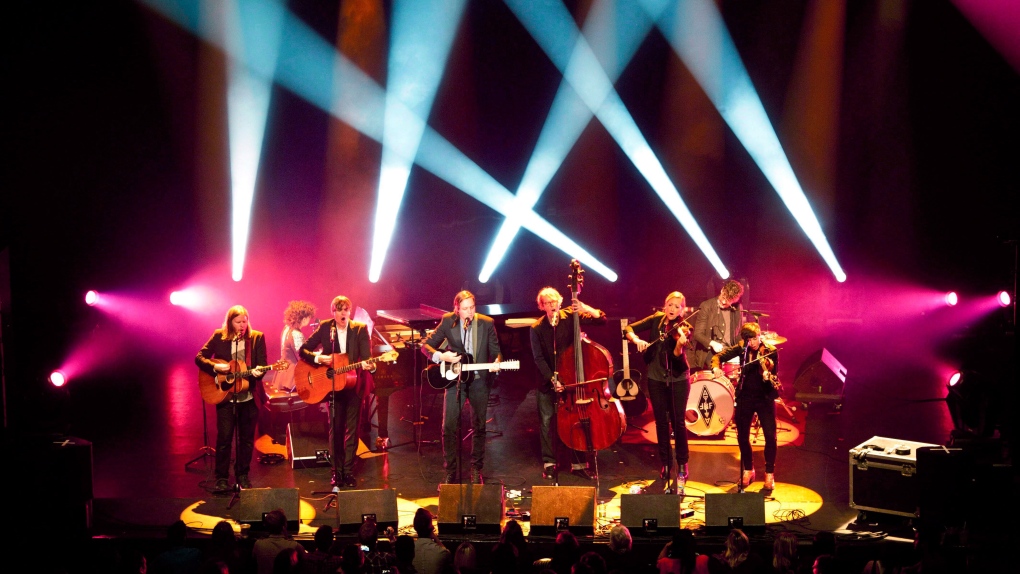 The Canadian indie band, who will release their fifth studio album "Everything Now" (via Columbia Records) on Friday, will play a Brooklyn concert the evening prior.

It was also requested that fans make the gig a "phone-free experience," with electronics to be secured in Yondr pouches --a tool which "gives artists, organizations and individuals the tools to create phone-free events and spaces" -- until the end of the show, as a way to create more direct engagement with fans.

Arcade Fire have now issued a statement, after the regulations were shared via social media and the press, in which the band assured fans that they can wear "whatever they want." The band joked on Twitter: "If dress code is 'hip and trendy,' band members will not be allowed through the door... hip and trendy people will have to play the music."

The social media manager who diffused the initial information stated: "I was trying to class up the show" and "your phone will not be taken away, but it's easier to dance without your face planted in it."

This is not the first time such a request has been made by the band, however: in 2013, Arcade Fire upset fans by implementing a dress code during their tour for the album Reflektor, before assuring them it was "super not mandatory."

The band will kick off a North American tour throughout the remainder of 2017, with a few Latin American dates at the tail end of the year. They then will tour the UK and Ireland in spring 2018.