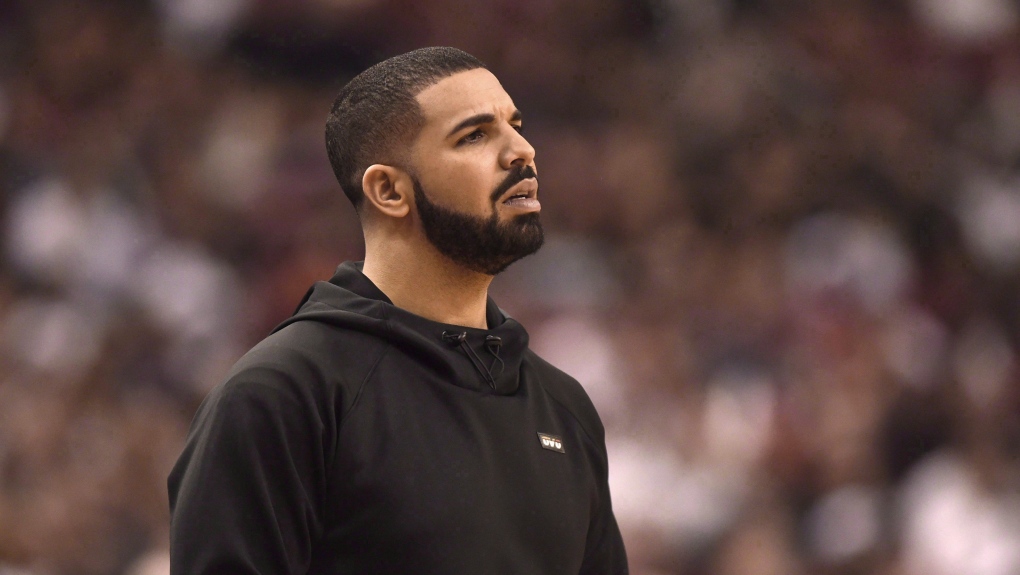 Rapper Drake watches the action between the Indiana Pacers and the Toronto Raptors during first half NBA playoff basketball action in Toronto on Tuesday, April 26, 2016. (THE CANADIAN PRESS/Frank Gunn)

Pusha T released "The Story of Adidon" on Tuesday and the artwork featured Drake in blackface.

Drake posted on his Instagram stories on Wednesday night that the image was not from a clothing brand shoot or his music career.

Drake says the picture was from 2007, when he was an actor working on a project that was about young black actors struggling to get roles. He says the photo represented how blacks were once "wrongfully portrayed in entertainment."

The rap stars renewed their feud last week with the release of Pusha T's new album. In his song "Infrared," Pusha T accuses Drake of using a ghostwriter.