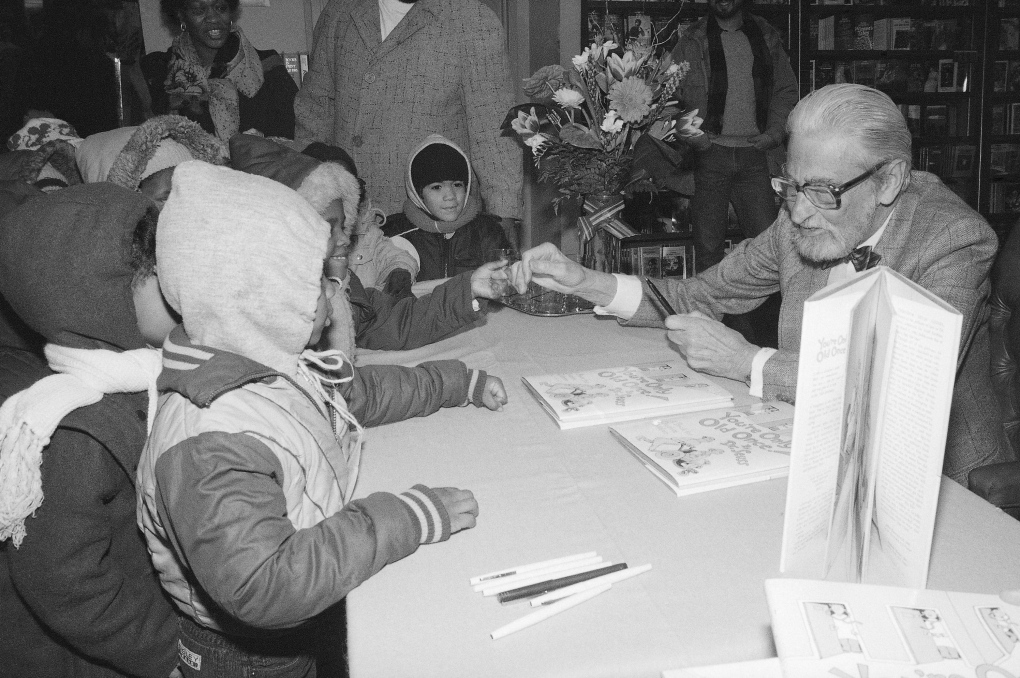 Theodor Seuss Geisel, known as Dr. Seuss, talks to some children with his book 'You're Only Old Once!' at Barnes and Noble in New York on Feb. 27, 1986. (AP / Michael J. Pennacchia, File)

SPRINGFIELD, Mass. - It may not serve green eggs and ham, but a Dr. Seuss museum being planned in the author's Massachusetts hometown is expected to fill appetites for the author of "The Cat in the Hat" and other beloved children's books.

The Amazing World of Dr. Seuss Museum is scheduled to open June 2016 in Springfield. The Springfield Museums, a group of museums in the city, recently announced the plans after raising more than $3 million.

Organizers say it's the first-ever Dr. Seuss museum. It will be an interactive, bilingual showcase of the work of the author, whose real name was Theodor Seuss Geisel. Plans include three-dimensional book scenes, reading areas and a re-creation of his studio.

Geisel wrote a host of children's classics including "How the Grinch Stole Christmas!" and "Horton Hears a Who!"