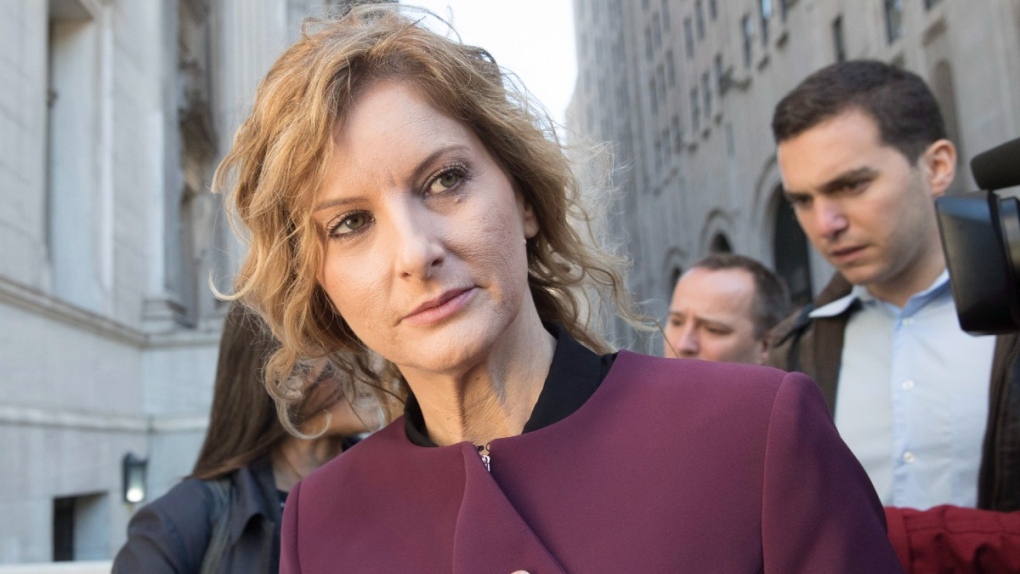 NEW YORK -- Former U.S. President Donald Trump wants to countersue a former "Apprentice" contestant who accused him of defaming her when he denied her sexual assault allegations.

Saying that Trump is being harassed to keep him from speaking freely, his lawyer asked a court's permission Monday to pursue a counterclaim against Summer Zervos.

The request comes as Zervos' nearly five-year-old defamation suit is nearing an important phase. Both he and she are due to undergo questioning under oath by Dec. 23.

Zervos says Trump hurt her reputation by saying she lied in accusing him of unwelcome kissing and groping in 2007 -- claims she aired publicly during his 2016 presidential campaign.

His denials included retweeting a message that called her claims "a hoax." He also described a series of women who accused him of sexual assault and harassment as "liars" trying to torpedo his White House hopes.

Trump's former lawyers responded years ago that he didn't defame Zervos. They said his statements were true and protected by free speech rights.

Now he wants to bolster his defence by drawing on a 2020 New York law that makes it easier to defeat defamation claims involving public communication on issues of public interest.

The law was envisioned as helping journalists, activists and others beat back groundless claims from powerful interests that want to sue them into silence. Trump lawyer Alina Habba argues it applies to statements the future president "made at the highest levels of the national stage," including during a debate.

"We look forward to taking Mr. Trump's deposition and zealously fighting his unwarranted attacks against our client," Wilkinson and Penza said in a statement. They called his filing "a desperate reaction" to the December deadline for depositions, a legal term for sworn pretrial questioning by the other side's attorneys.

Monday's filing came as Trump answered hours of questions in a deposition in a different lawsuit, filed by protesters who say his security team roughed them up in 2015. He said in a statement after the deposition that the protesters' claim was "baseless harassment" and that he was glad to tell his side of that story.

Zervos, a California restaurateur, appeared on "The Apprentice" in 2006, when Trump hosted the show. She says she contacted him the next year to talk about her career. According to her, he then made unwanted advances during meetings at his New York office and at a California hotel where he was staying.

She's seeking unspecified damages, a retraction of his allegedly defamatory statements and an apology.

The Associated Press generally does not identify people who say they have been sexually assaulted, unless they come forward publicly, as Zervos has.