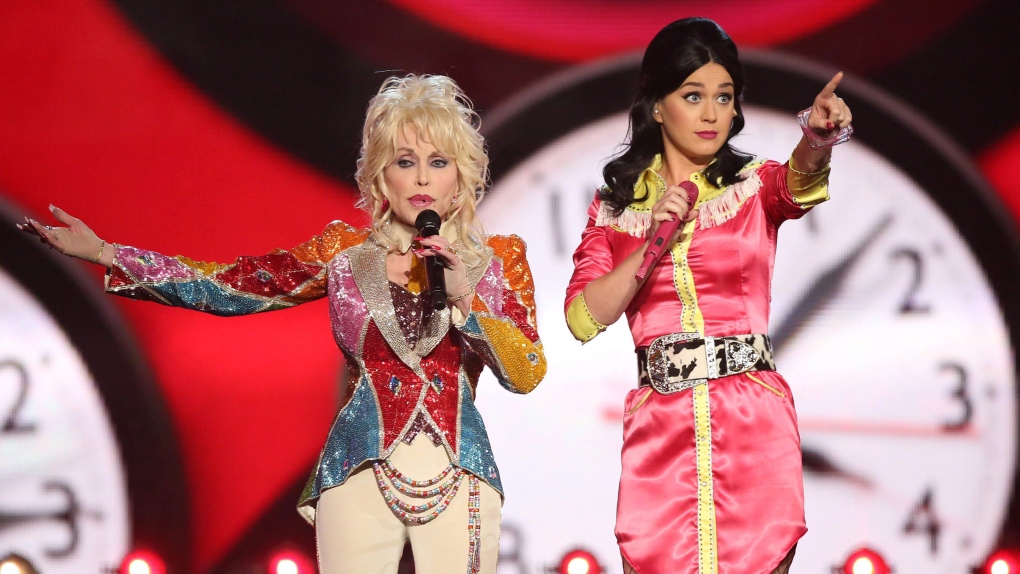 The singer says her "Pure & Simple" tour is a less flashy, stripped-back affair with only a small backup band on stage.

"We're playing some real small things," she told reporters at a news conference in Toronto.

"I figured I'm just going to tame it down, save a little money. I always joke I need the money 'cause it costs a lot to look so cheap -- and there's some truth in that, more than you know."

Parton says in recent years she's focused on touring Australia and Europe, which meant that she only occasionally had time for North American dates.

"It's been 25 years since I've really done a tour through Canada," she says.

"I just thought that people weren't all that interested anymore because the young country kind of took over."

Parton will roll into Moose Jaw on Sept. 13 where she'll play Mosaic Place, a hockey and curling arena with a capacity of 4,500 people.

"A lot of rural people won't go to the big city," Parton says.

"They're scared of that, they don't want to get out in that traffic, or they can't afford to do it. So it's good that we can go to them."

Other Canadian stops on the tour include a casino in Windsor, Ont., (Aug. 4), the larger Molson Canadian Amphitheatre in Toronto (Sept. 9), and the Foley Fair Grounds in Seguin, Ont. (Sept. 10).

Parton will also run through other West Coast cities with larger concerts in Calgary (Sept. 16), Edmonton (Sept. 17) and Vancouver (Sept. 19).