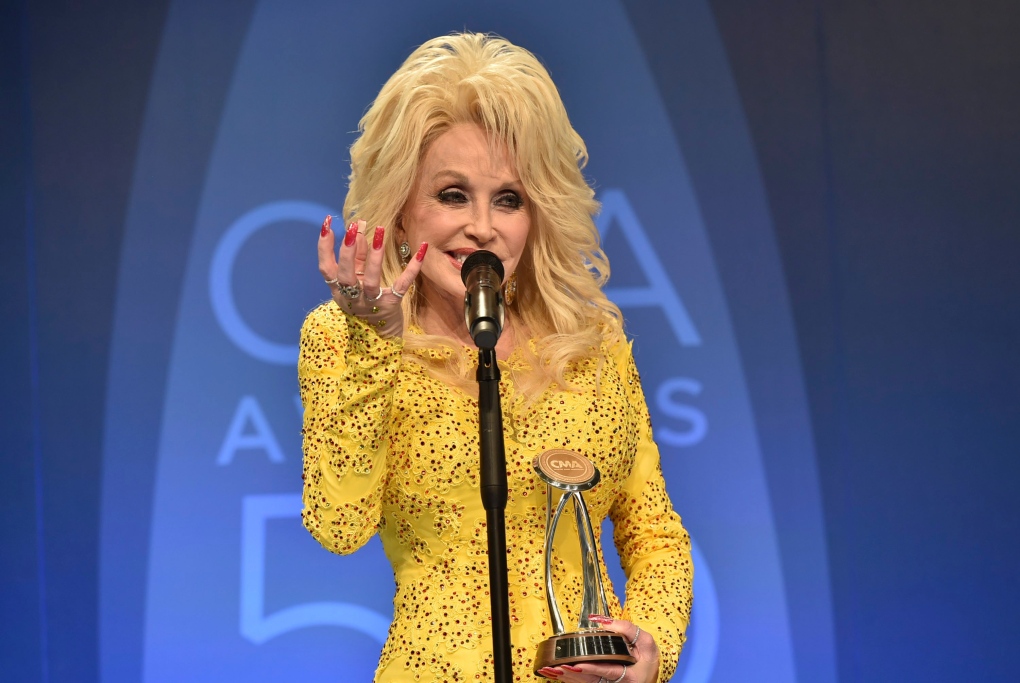 Dolly Parton speaks in the press room after winning the Willie Nelson Lifetime Achievement Award during the 50th annual CMA Awards at the Bridgestone Arena on Wednesday, Nov. 2, 2016, in Nashville, Tenn. (Photo by Evan Agostini/Invision/AP)

The Knoxville News Sentinel reports that Dollywood Foundation President David Dotson said the fund received more than 80,000 donations in December and January, which has allowed it to issue the checks.

The wildfires struck in November, killing 14 people in the Gatlinburg area and destroying or damaging thousands of buildings.

Parton said afterward that she was heartbroken about wildfires that tore through the county where she grew up and promised to set up a fund to give $1,000 per month for six months to those who lost their primary residence in the blaze.