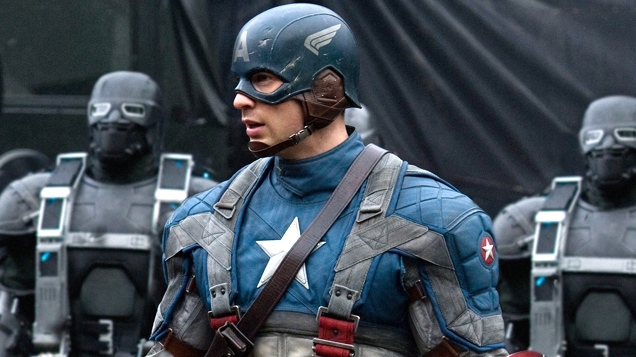 The Walt Disney Co. is adding several Marvel superheroes to its toys-meets-games series "Disney Infinity." The company announced plans Wednesday to add more than 20 such characters - beginning with "The Avengers" members Captain America, Iron Man, Hawkeye, Black Widow, Thor and Hulk - in a new installment of the franchise.

"Disney Infinity: Marvel Super Heroes" is set for release this fall for Xbox 360, PlayStation 3 and Wii U, as well as the PlayStation 4 and Xbox One. The new 2.0 version of "Infinity" will include several updates, including more ways to upgrade characters, new moves and vehicles like motorcycles.

"We wanted to take everything that worked so well and make it epic," said Jimmy Pitaro, president of Disney Interactive, during an event Wednesday at Pacific Theatres' Cinerama Dome in Hollywood.

"Infinity" utilizes real-life toy figures to depict Disney personalities in sprawling virtual lands where those characters can do things like race vehicles, create and play games and construct locales - solo or cooperatively - as well as embark on adventures in their own realms. Each toy figure stores and transmits the character's history through a reader connected to a game console.

A starter pack for the new version will feature the game, three figures - Iron Man, Thor and Black Widow - an "Avengers"-themed play set and two discs, which can be used to upgrade or customize characters and lands in the game. Additional figures and discs are sold separately.

The Marvel superheroes will join such Disney characters as Buzz Lightyear from "Toy Story," Sorcerer Mickey from "Fantasia" and Elsa from "Frozen."

"Infinity" executive producer John Vignocchi said backstage after the event that previously released Disney characters will be compatible with the new edition of "Infinity," but that newer figures and toy boxes won't be backward compatible.

"One of the most unique features of `Disney Infinity' 2.0 on Xbox One and PlayStation 4, just because of the memory footprint of those systems, is that the size of the toy boxes you can create are just gigantic," said Vignocchi, who added that additional Marvel and Disney characters would be announced at a later date.

A video shown during Wednesday's event teased such characters as Spider-Man, Loki, Nick Fury and the Winter Soldier in "Infinity." Much like the previous installment, the diverse array of characters will be able to mingle within the game's toy box mode, meaning it's possible that the monstrous Hulk could drive Cinderella's royal coach, or pirate Jack Sparrow could be outfitted with the wings of soaring sidekick Falcon.

Joe Quesada, chief creative officer at Marvel Entertainment, which was acquired by Disney in 2009, said this rendition of the comic book characters are "uniquely Marvel but still fit within the game."

"We put the `Infinity' team through the exactly same rigorous torture that we put ourselves through," Quesada said. "They were really up to the challenge."

Earlier this month, Activision announced plans for an Oct. 5 installment of its successful "Skylanders" toys-meets-games franchise called "Trap Team" that allows players to take control of enemies in the game and store them on toy crystals in the real world. "Skylanders," which launched in 2011, currently boasts 175 different toy characters.

Pitaro noted Wednesday that 3 million copies of the original "Infinity" starter park have been sold and the franchise has generated $500 million in sales since it launched last August.

Disney' interactive division, which has been responsible for games like the Mickey Mouse console adventure "Epic Mickey" and the online virtual world "Club Penguin," had long been a money-losing unit. Earlier this year, it posted only its third profitable quarter since results began being broken out in 2008, thanks in part to the triumph of "Infinity."