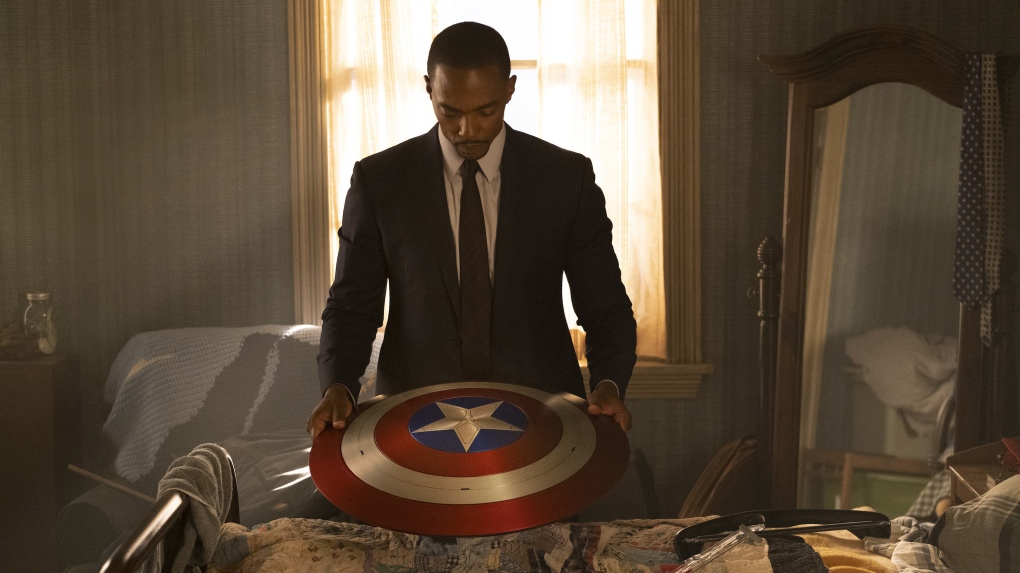 Anthony Mackie in 'The Falcon and the Winter Soldier' on Disney+. (Chuck Zlotnick/Marvel Studios/CNN)

Streaming has carried Disney through the pandemic with Disney+ growing to more than 100 million subscribers. Yet the biggest star in Disney's media universe shined a little less bright on Thursday.

Disney+ now has 103.6 million subscribers, below the 110 million that many on Wall Street were expecting. Disney's stock was down as much as 4% in after hours trading after the news of its subscriber growth drop.

This is very similar to what happened to Netflix, whose stock took a tumble following sluggish subscriber growth in the last quarter.

As for Disney's revenue, that also was soft, coming in at US$15.6 billion for the quarter, 13% below last year's figure, the company said in its second quarter earnings announcement. That, too, was also slightly below what the market expected.

When it came to profits, though, Disney rebounded in a big way. The company reported earnings of $912 million in the most recent quarter, up 95% from $468 million last year.

The coronavirus pandemic hit Disney across all its businesses, and it's still disrupting them. Revenues at Disney's parks unit, which just reopened Disneyland in April after more than a year of being closed, dropped 44% from last year.

So it appears that the company's streaming division has carried the load — especially Disney+. The service had a rapid rise, hitting the milestone of 100 million subscribers in little more than a year. That growth kept Disney afloat while its parks were closed and its film releases were delayed.

The concern with Thursday's results focuses on the possibility that the platform's growth is slowing down. Is that because people are getting vaccinated and getting off the couch? Or is it because Disney+ got such a quick lift that it was bound to plateau? It's hard to say, but those questions are what likely led the stock down.

Disney+ also raised the cost of its monthly subscription by $1 in March. However, Disney CEO Bob Chapek said that the company did not observe any significant cancellations since the price increase.

Disney also pointed out in its post-earnings call with analysts that the service is still on track for its long-term subscriber estimates. The company said in December that it projected that Disney+ will have 230 million to 260 million subscribers by the end of fiscal 2024.

In the end, Disney+'s growth was still growth, and with vaccinations ramping up and pandemic restrictions being loosened, the rest of the company could start pulling more of the slack when it comes to the financial health of the company overall.

One area that has a lot of attention: Disney's entertainment division.

On Thursday, Disney announced "Jungle Cruise," a film starring Dwayne "The Rock" Johnson that's based on the beloved ride, will be released in theaters and on Disney+ — albeit for an extra fee — on July 30.

"Jungle Cruise" joins "Cruella" and Marvel's "Black Widow" in opening simultaneously in theaters and at home this summer.

Chapek also announced that 20th Century's "Free Guy" starring Ryan Reynolds and Marvel's "Shang-Chi and the Legend of the Ten Rings" will be shown exclusively in theaters for 45 days.

That's welcome news for theaters, which are starved for new, exclusive content to get audiences back into seats and will likely give Disney a box office boost.

"We're pleased to see more encouraging signs of recovery across our businesses, and we remain focused on ramping up our operations while also fueling long-term growth for the company," Chapek said in a statement.