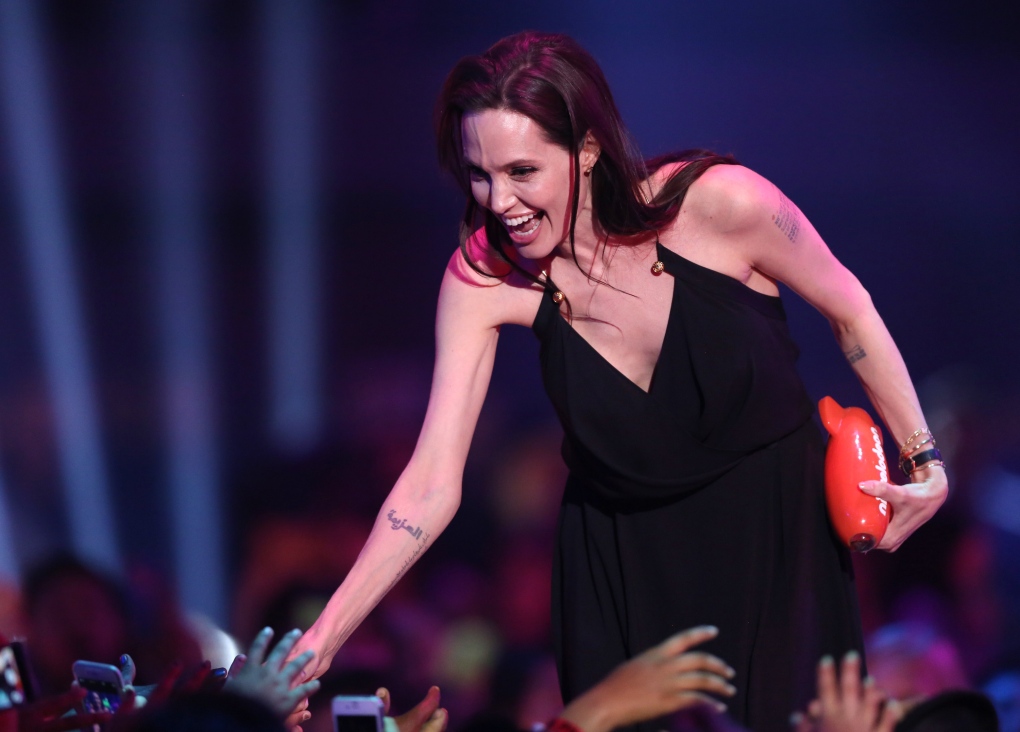 LOS ANGELES -- Angelina Jolie, who has sought to inspire women with public candour about her own health, brought another message of empowerment to the Kids' Choice Awards.

The actress, voted favourite villain for her role as the title character in "Maleficent," received excited hugs from daughters Shiloh and Zahara at Saturday's ceremony before taking the stage to address other youngsters in the studio and TV audience.

When she was young, Jolie said, "I was told I was different. And I felt out of place: too loud, too full of fire, never good at sitting still, never good at fitting in."

Then she realized "different is good," she said.

"When someone tells you that you are different, smile and hold your head up and be proud," Jolie said, then added, with a wink, "cause a little trouble. It's good for you."

Other winners at the Nickelodeon fan-voted awards included Emma Stone, who largely escaped the show's trademark green slime when she accepted the best actress award for her role in "The Amazing Spider-Man 2," and favourite family TV show "Modern Family," whose stars didn't get away clean.

Jonas ended up drenched in the ceremony's trademark green slime, as did others including Josh Gad ("Frozen," "Book of Mormon"), who got covered in goo by co-presenter Adam Sandler.

Performers included Jonas, Iggy Azalea with Jennifer Hudson, and 5 Seconds of Summer, which ended up taking a slime hit.

Jolie's appearance came the week she revealed that she has undergone more preventive surgery, having her ovaries and fallopian tubes removed in hopes of reducing her risk of cancer.

Two years ago, Jolie disclosed that she carries a defective breast cancer gene that puts her at high risk of developing breast and ovarian cancer. Her mother died of ovarian cancer, and her maternal grandmother also had ovarian cancer -- strong evidence of an inherited, genetic risk that led the actress to have her healthy breasts removed to try to avoid the same fate.