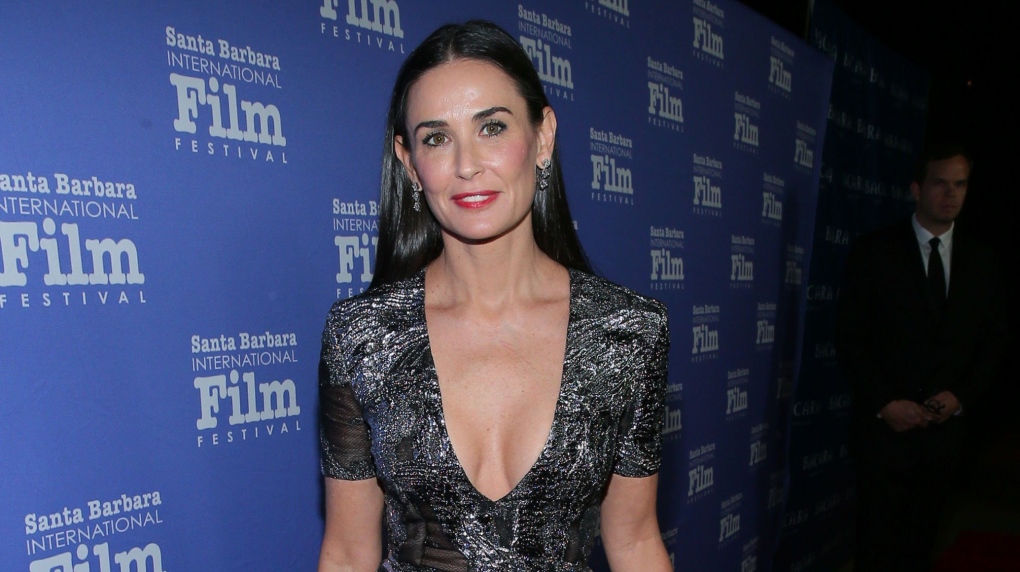 Demi Moore spoke to Seth Meyers on his late night show on July 14, 2020 about the attention she has received and who is responsible for the wall-to-wall brown carpet. (Mark Davis/Getty Images)

Demi Moore's bathroom has gone viral and she thinks it's hilarious.

The actress spoke to Seth Meyers on his late night show Tuesday night about the attention she has received and who is responsible for the wall-to-wall brown carpet.

"That originally was a Bruce Willis choice, not to put it off on him," Moore said of her ex-husband's decision to carpet the bathroom of their Idaho home.

She went on to say that it's not actually that odd considering the home is in the mountains and it gets "very cold."

The fascination into Moore's loo began after she tweeted a few images of her recording her new podcast, "Dirty Diana" sitting in there on a mini couch. Almost immediately, fans began commenting on the carpet and the Joan of Arc statue.

She says she opted to record the podcast in her bathroom because the acoustics were better. The six-episode series, created by director Shana Feste, launched Monday. It stars Moore as Diana, who is helping women record their fantasies -- which she then sells on the internet.

Moore's time in quarantine has also made headlines after it was revealed she and Willis were isolating together during the pandemic with their children. The couple were married from 1987 to 2000.