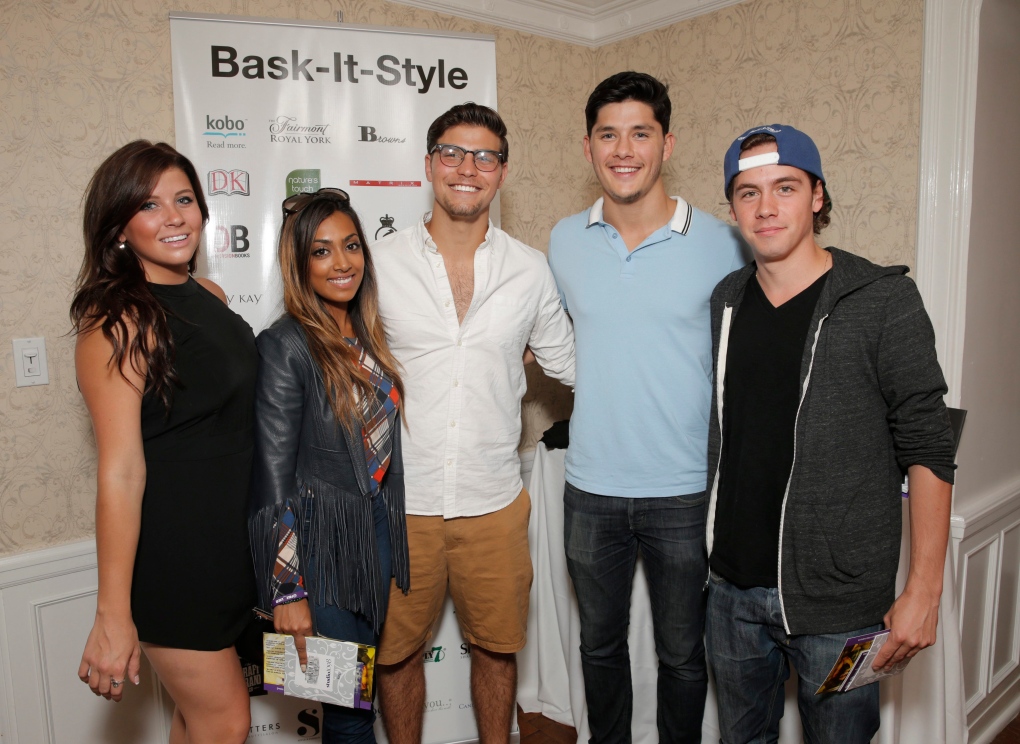 TORONTO -- The award-winning sudsy teen saga "Degrassi" is ending its run on MTV.

MTV said Thursday that the Toronto-shot serial -- widely acclaimed for its unflinching portrayal of teen life -- will wrap with 12 half-hour episodes, which will start airing July 20.

The summer farewell will cap a celebrated 14-season run that featured groundbreaking storylines and characters, including the tale of a transgender teen that earned the show a Peabody Award.

The sudden announcement came as Bell Media celebrated the upcoming fall and winter lineups for its channels with a star-studded presentation for advertisers. A publicist for Bell Media, which owns MTV, CTV and a slew of other channels, said no one was available to comment Thursday.

However, a statement from the children's entertainment company that owns the brand suggested "Degrassi" could continue in another form.

"'Degrassi' is one of DHX Media's marquee brands and we expect to be able to provide an update in the days ahead for fans, the media and the market," the company said in a terse statement.

"The 'Degrassi' fan base runs deep worldwide and the longevity of the series speaks for itself. Stay tuned for further developments regarding 'Degrassi."'

MTV says "Degrassi"'s entire run will conclude July 31, with weeknight airings leading up to an hour-long finale for the kids at Degrassi Community School.

In those last episodes, the high school's senior class prepares for its prom and graduation as the school year comes to an end, according to a release from U.S. broadcaster TeenNick.

The long-running franchise dates back to 1979 and over the years has been credited with redefining the way TV series tackle youth issues.

And throughout its run, it has managed to maintain a reputation for authentic storytelling and realistic teen characters.

In a statement, Phil King, president of CTV, sports and entertainment programming, thanked co-creator Linda Schuyler and executive producer Stephen Stohn for crafting a show that "truly captured the spirit of Canadian youth through truthful and provocative stories."

"We are immensely proud of 'Degrassi' and our longstanding partnership with Linda and Stephen," King said, revealing no further details about why the run was ending.

The show developed a passionate fan base after hitting the air in 2001 as "Degrassi: The Next Generation."

"Clerks" writer/director Kevin Smith was among its more famous devotees, while a bold transgender storyline lured celebrity activist Chaz Bono to do a guest spot in 2012.

Then there's Nina Dobrev, who played teen mom Mia Jones before starring on "The Vampire Diaries," and Broadway star Jake Epstein, who developed a following as bipolar rocker Craig Manning before starring in "Green Day's American Idiot" and "Spider-Man: Turn Off the Dark."

And Shenae Grimes-Beech played good-girl Darcy Edwards before launching a career in Hollywood to star in the rebooted "90210."

Fans expressed disappointment on Twitter soon after news broke, with some of the more ardent followers starting hashtags including .SaveDegrassi, .BringBackDegrassi and .WeWantDegrassiSeason15.

The franchise recently marked its 35th anniversary and earlier this year won Canadian Screen Awards in all four categories in which it was nominated, including best children's or youth fiction series.

"Degrassi" is licensed in more than 145 markets, including the U.S. where it airs on TeenNick, as well as the U.K., Italy, France, Colombia, Venezuela, Korea, Australia, Brazil, and Zimbabwe.

Canadian viewers can catch up on the first half of season 14 on MTV.ca, and season 12 and 13 on CraveTV.