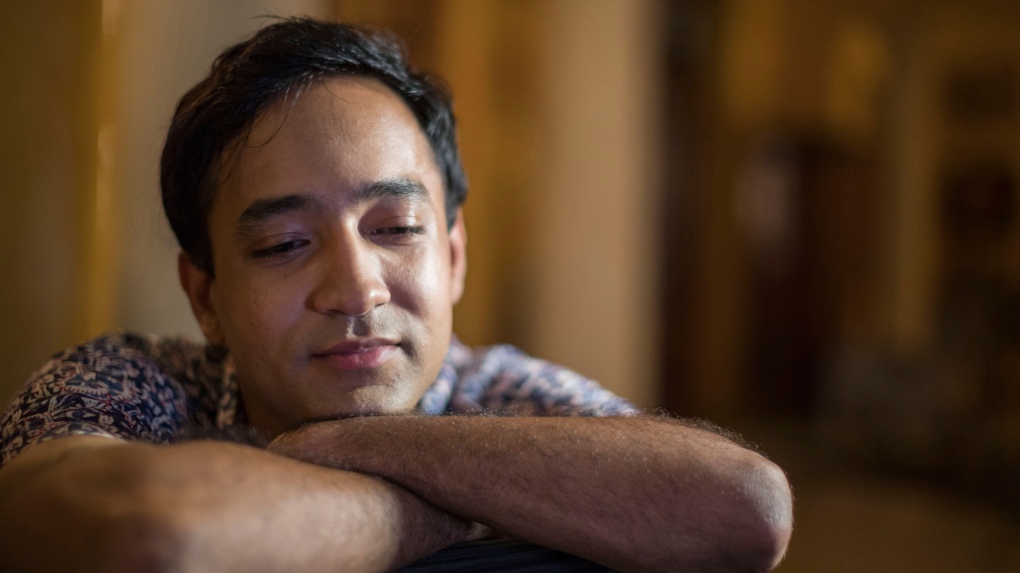 TORONTO -- Canadian director Deepa Mehta says she initially secured "some great Tamil actors" for her new film "Funny Boy," but they were unable to participate "due to family issues and visa problems."

The coming-of-age story is based on the award-winning Canadian novel by Shyam Selvadurai, about a young Tamil boy named Arjie who grows up gay in Sri Lanka during the deadly Tamil-Sinhalese conflict in the 1970s and '80s.

Some people from the Tamil diaspora have taken to social media to call for a boycott of "Funny Boy," saying it doesn't have enough Tamil actors in leading roles, which they feel is further erasure of the oppressed Tamils.

Mehta says the film team spent over a year casting for the story and, after facing the aforementioned issues, ended up with a "cast made up of 50 per cent Tamil actors, and almost all of them Sri Lankan."

"What I am most happy about is that we found Brandon Ingram who is a Sri Lankan Burgher (who plays Arjie), who is openly gay and an extremely talented actor," Mehta told The Canadian Press, in response to the criticism, via email this week.

"Given it's a criminal offence to be queer in Sri Lanka, his participation was admirable. His performance is one of the best I've seen."

The New Delhi-raised, Toronto-based Mehta co-wrote the "Funny Boy" screenplay with Selvadurai and shot it in Sri Lanka, where the author was born.

The film is Canada's submission to the Academy Awards for best international feature film, a category in which Mehta competed at the 2007 Oscars with "Water."

"Funny Boy" opens in theatres in Calgary and Edmonton on Friday, and will land on CBC TV and the CBC Gem streaming service on Dec. 4.

Mehta said she first read the book that inspired the drama when it came out more than 25 years ago, but the story still resonates.

"I feel it's really relevant to what's happening in the world right now: the populist governments, the divisiveness," she said in a recent phone interview.

"So I feel I'm a sort of a humanist, political filmmaker; it's taken me 20 years to find that out, but that's what attracts me."

Mehta also shot her films "Water" and "Midnight's Children" in Sri Lanka, but said returning there this time with a Sri Lankan film felt different.

"What I realized is that I didn't feel I was an Indian doing a Sri Lankan story," she said. "I felt I was a brown person who knew what it's like to be oppressed.

"I think this film is a coming-of-age story and a love story ... It's also a story about the oppression of minorities, whether it's sexual or whether it's based on your culture or your race. And I certainly know what that feels like, coming from the subcontinent, being colonized."

"Funny Boy" is also about what happens when people have to leave their homes -- in this case, immigrating to Canada, Mehta added.

"It's a very Canadian story, and it is about how we actually are trying for inclusion. I don't know if we're very successful, but at least we're trying and we do have a dialogue, and that's quite commendable as a country."

Mehta said she wanted the first people who see the film and provide feedback to be Sri Lankans, both Sinhala and Tamil, so she arranged screenings in four different actors' houses in the Sri Lankan capital Colombo.

"I wanted them to own their own narrative and be the first people to see their own story, because they contributed to it."

"As a coloured person, I really felt it was important that we should own our gaze," she said.

"It's not that the white gaze isn't important, of course it is, but it should not be the first one, because it comes with a lot of assumptions."