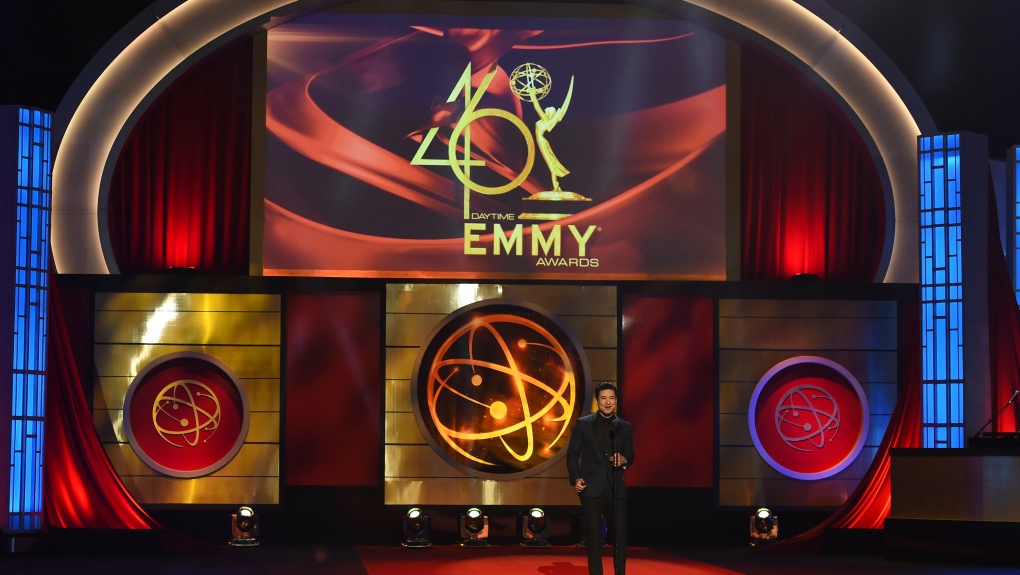 Host Mario Lopez appears on stage at the 46th annual Daytime Emmy Awards in Pasadena, Calif., on May 5, 2019. The stars and creators of daytime television are gathering in person to hand out trophies live at the Daytime Emmys on Friday. (Photo by Chris Pizzello/Invision/AP, File)
PASADENA, Calif. -

After two years of real-life drama and isolation due to the coronavirus pandemic, the stars and shows of daytime television are gathering in person to hand out trophies at the Daytime Emmys.

Kevin Frazier and Nischelle Turner of "Entertainment Tonight" host the awards, which return to a full-capacity live ceremony at the Pasadena Civic Auditorium. The 2020 edition went virtual for the first time because of COVID-19. Last year's show was pre-taped with a limited audience on hand.

The 49th annual awards air Friday at 9 p.m. ET on CBS and streaming on Paramount+.

For the first time, a soap and its spinoff are pitted against each other in the daytime drama series category. NBC's "Days of Our Lives" goes against the Peacock streamer "Days of Our Lives: Beyond Salem." Also contending are "The Bold and the Beautiful" and "The Young and the Restless," both on CBS, and ABC's "General Hospital."

"The Young and the Restless" headed into the show with a leading 18 nominations, including six in the main acting categories. "General Hospital" has 17 nods. Those are two of four remaining soaps still airing on the broadcast networks.

Pat Sajak is competing against himself and three others in the game show host category. He's nominated for his longtime gig on the syndicated "Wheel of Fortune" as well as for the celebrity edition that airs on ABC.

With Ellen DeGeneres having recently retired from her talk show, Kelly Clarkson is poised to take over her mantle in addition to DeGeneres' old time-slot. The singer could nab a third straight entertainment talk show host trophy, and her syndicated show is vying for its second consecutive honour.

John Aniston, father of Jennifer, is being honoured with a Lifetime Achievement Award for his 37-year role as Victor Kiriakis on "Days of Our Lives."

Patti Scialfa, wife of Bruce Springsteen, has her own trophy to add to the family shelf. She was an executive producer on PBS' "Shelter Me: Soul Awakened," which won for daytime special.