David Crosby opens up in new documentary 'Remember My Name' 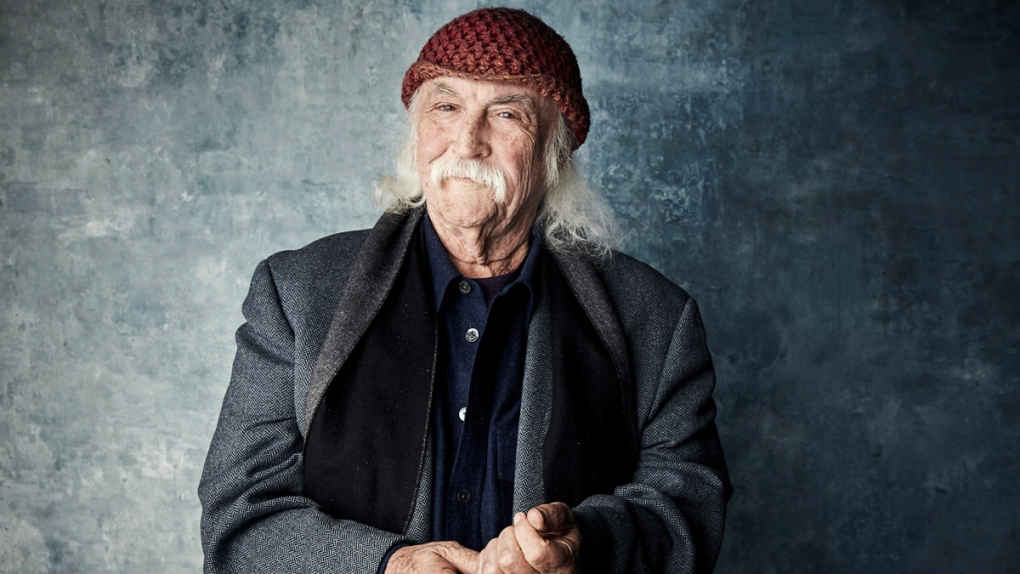 LOS ANGELES -- David Crosby has turned down no fewer than four biopics about his life. None of them captured the scope of his turbulent life.

But he said yes when director A.J. Eaton he proposed a documentary. At 77, in relatively poor health yet creating some of the best music of his career, Crosby was ready to talk. And a chance run-in with Cameron Crowe, who has known Crosby since the director was a teenager, meant they also had the perfect person to ask the questions.

The film, "David Crosby: Remember My Name," opens in New York and Los Angeles on Friday and is expanding nationwide in the coming weeks. It's a disarmingly revealing portrait of the "guy in Crosby, Stills, Nash and Young who's never had a hit" (his words). He talks candidly about falling out with his band, his unhealthy relationship with Joni Mitchell, his "two or three" heart attacks, learning how to be a rock star from The Beatles, his disdain for Jim Morrison ("a dork"), his addictions, the untimely death of a girlfriend and how his wife Jan loves him "in ways that I didn't love myself."

And it wasn't easy going to those uncomfortable places, but it was the only way Crosby and the filmmakers would have it.

"There were definitely times when I said, 'You can't put that in the film,"' Crosby said. "And they'd go, 'Yeah, sure Dave.' But we did the best we could do to get you some idea of how I got to here."

Crowe said it was an honour to "be the guy to interview him when he was ready to tell his life story." They first met in 1973 or 1974 when Crowe got an assignment to write about Crosby, Stills, Nash and Young.

"Crosby had no idea who I was writing for, didn't care. I was just a guy who had a lot of questions and he had all the time in the world for me," Crowe said. "He answered every question."

They kept in touch over the years, too, and Crowe always worried each time he saw him that it might be the last.

"It's deeply ironic that he's at his most sparkling now when he's probably his least healthy," Crowe said. "But he wants to communicate and tell us that 'time is the final currency."'

It doesn't mean filming was a breeze, though. One day when production went to visit the famed Laurel Canyon Country Store, he said Crosby was particularly cranky. They captured his mood in the film as he gruffly rejects romanticizing the store or even the area -- it was just a place to get away from the smog, Crosby said.

"But then he goes and sits down outside of the Country Store and what does he say? 'I was a bad lover. I let down all these women in my life.' And I'm like well SOMETHING about the Country Store seems to be speaking to you. He went as deep as he'd gone at that point," Crowe said. "But he wanted nothing to do with my metaphor of 'What did you come to this store for?' He's like, 'for groceries, what are you talking about?"'

And while Crosby never refused to answer any question, Crowe believes there's still a necessary mystery around him.

"That last smirk he has is kind of a rosebud moment," Crowe said. "And I still don't know what he's thinking there."

Crosby knows he's in a unique position to have reached this creative apex at this stage in his life. He's currently touring for "Sky Trails," his third original album in less than five years.

"Normally people's lives don't go this way, to have a sudden resurgence at the end of a career," Crosby said. "I'm going against the flow here. I'm definitely a salmon that's running upstream, there isn't any question. But why it's happening to me to such an extreme degree and at such a late time? I can't explain it."

He just likes making music and has found collaborators he likes working with. But he thinks sometimes about why his older material continues to resonate ("it was a hopeful time and we're in very dark times right now").

Also, legacy is on his mind lately not just because of the documentary. Crosby is planning to file litigation over master recordings that were lost in the Universal vault fire in 2008, which has only just come to light recently.

"They had a laid out, contractual, written obligation to protect those tapes," Crosby said. "So you can count on a lawsuit."

But mostly he's thinking about the future of music and is keenly aware discouraging it must be for young musicians starting out in a business that is stacked against them.

"Kids coming up can't make a goddamn living because they can't make money off of records," Crosby said. "Art is already suffering because of it... The problem with the pop music is that it's shallow. It doesn't go anywhere, it doesn't take you anywhere."

And as for whether or not he'd eventually allow someone to give him the "Rocketman" or "Bohemian Rhapsody" treatment? Definitely.

"But I don't think you can do it half-assed," he said.