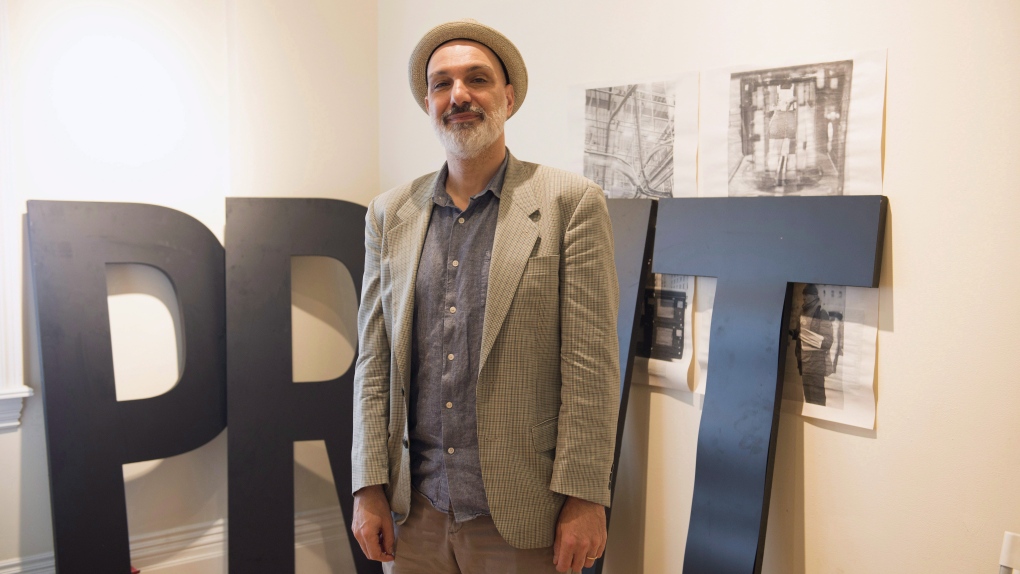 Musician and writer Dave Bidini poses for a photo in Toronto on Wednesday, Sept. 13, 2017. THE CANADIAN PRESS/Doug Ives

TORONTO -- Musician and writer Dave Bidini believes artists may be at a bit of an advantage in confronting the challenges of the COVID-19 pandemic.

While many have suffered financial losses since the outbreak, Bidini says Canadian artists have long been forced to find creative ways to make ends meet.

And as isolating as life under lockdown can be, artists often feel at home inside of their own heads, even as their work reaches out to others, says Bidini.

That's why the editor-in-chief of Toronto community newspaper West End Phoenix enlisted some of Canada's finest literary minds to share their insights into our current moment in a series of essay collections.

"I think we turn to artists to articulate our time," Bidini said in a recent interview.

"This project is a bit of a reminder of the power of art ... to connect us no matter what's happening."

The first of the three volumes of "Telegrams from Home," produced in collaboration with Rakuten Kobo, will be released as an ebook on Friday. Proceeds are set donated to charities such as the Community Food Centres of Canada.

The collection consists of a series of snapshots from inside writers' lives under lockdown.

Margaret Atwood, Toronto-based author of dystopian classic "The Handmaid's Tale," offers a list of books that will transport readers to "other times and places where things might actually be worse," while Newfoundland chronicler Michael Crummey reflects on mourning a relative within the constraints of physical distancing. Author Michael Winter tells his son stories about his grandparents over a game of table hockey.

In a correspondence tossed between front porches, novelist and playwright Claudia Dey tells a pen pal about her struggle to find a plot amid a pandemic.

"The writers that we worked with write from that place of honesty, vulnerability, and kind of a raw sense of what it is to be somebody living in this time," said Bidini, who contributed an essay to the anthology.

"It's a precarious kind of existence, but I think people have found a stability in their surroundings."

Bidini said the COVID-19 outbreak has stifled creativity in some ways, but it's also pushed artists to explore new possibilities.

In his own experience, he said it's been hard find a groove with his fellow rockers in the Bidiniband over online video. Moreover, his musical motivation has ebbed without the thrill of live performance to look forward to.

However, Bidini said he's managed to find other artistic outlets as COVID-19 restrictions have opened up new avenues to connect with audiences.

For example, he had hoped to stage a play this summer, but has since rewritten it to be streamed with the actors performing from their living rooms.

"I do think the arts kind of suffer. I think people need to be together," said Bidini.

"I don't think we've really figured out a way to change yet, but maybe this will force us to do that."

While communal cultural experiences may be off limits, Bidini said projects such as "Telegrams from Home" show how art can reach people wherever they are.

As writers and readers alike grapple with the extraordinary times we're living in, Bidini expects those creative connections will come to feel all the more vital and immediate.

"We need somebody to lead and to really make those connections," he said.

"Maybe there's going to be more room for the artist's voice through all this."

The first instalment of "Telegrams from Home" can be purchased on Kobo.

This report by The Canadian Press was first published May 29, 2020.