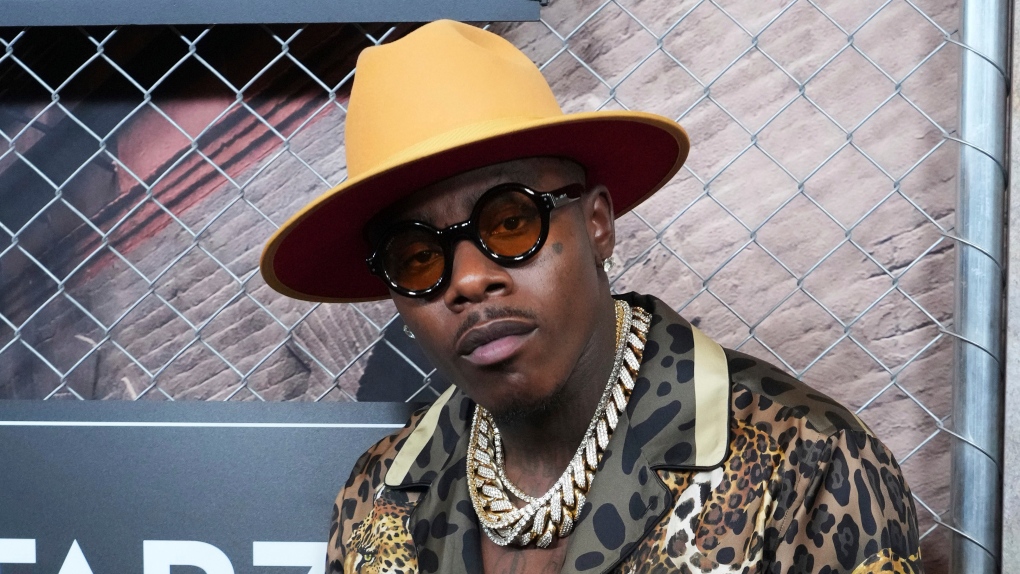 LOS ANGELES -- Rapper DaBaby offered another apology Monday while facing heavy backlash after he made crude and homophobic remarks at a recent Miami-area music festival.

The Grammy-nominated performer said he was misinformed for his comments about HIV/AIDS in the post, which came a day after the rapper was cut from Lollapalooza's lineup in Chicago.

On Monday, New York City's Governors Ball and Day N Vegas in Las Vegas each announced the rapper had been dropped from their lineups.

Da Baby, whose real name is Jonathan Kirk, apologized to the LGBTQ+ community for his "hurtful and triggering" comments.

"Social media moves so fast that people want to demolish you before you even have the opportunity to grow, educate and learn from your mistakes," he wrote. "As a man who has had to make his own way from very difficult circumstances, having people I know publicly working against me - knowing that what I needed was education on these topics and guidance - has been challenging."

It's the second time DaBaby has apologized following his remarks at Miami's Rolling Loud Festival.

While on stage, the rapper used crude language and asked attendees who weren't gay men or people not affected by HIV or AIDS to raise their cellphone flashlights. He then incorrectly said the disease would "make you die in two or three weeks."

DaBaby's remarks caused an immediate firestorm for the rapper, whose song "Rockstar" was one of the biggest hits last year. He was nominated for a Grammy for record of the year.

In recent days, several artists including Madonna, Questlove and Elton John have denounced his remarks. Dua Lipa, who collaborated with DaBaby on the popular remix of her song "Levitating," said she was "surprised and horrified" by his comments.