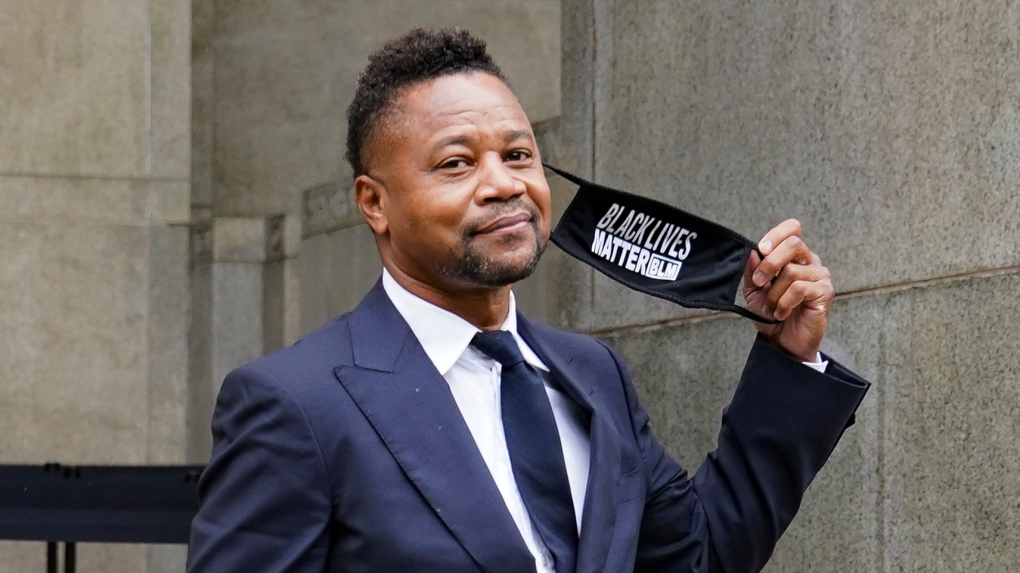 NEW YORK -- Sporting a "Black Lives Matter" face mask, Cuba Gooding Jr. showed up at a New York City court on Thursday to hear lawyers argue over what restrictions to place on testimony at his sexual misconduct trial.

The Oscar-winning "Jerry Maguire" actor Gooding wore the mask backward for the proceeding before flashing the wording on the inside at reporters as he departed.

The state court hearing centred on procedural issues over just how far the defence will be allowed to delve into the personal lives of three women who have accused Gooding of groping them at Manhattan bars in 2018 and 2019. Judge Curtis Farber set some limitations at the request of prosecutors but also indicated other disputes would have to be settled as the case unfolds at trial expected later this year.

The judge held the hearing with courthouse operations still hampered by the coronavirus pandemic, forcing Gooding, lawyers and other participants to wear masks. Gooding had been scheduled to go on trial in April, but it was put off as infections surged in New York.

"This case is going to be tried in one day," Gooding lawyer Mark Heller said outside court. He added that a jury would see videos that "unequivocally will show that Cuba committed absolutely no crime."

Gooding, 52, has pleaded not guilty to six misdemeanour counts of forcible touching and sexual abuse. He faces up to a year behind bars if convicted.