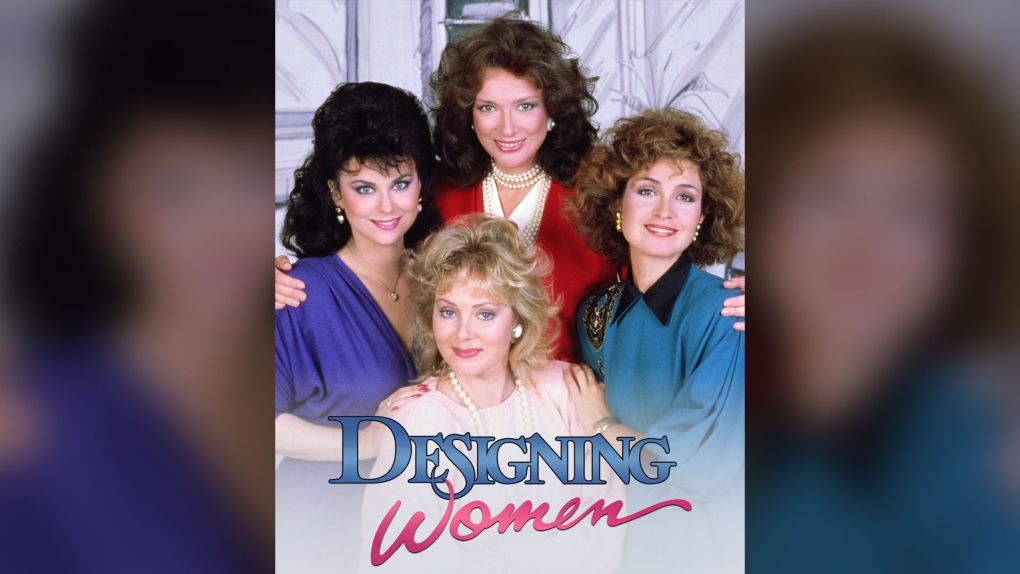 The cast of the 1980s hit "Designing Women" are pictured in this file photo.

TORONTO -- CTV says it made an "error" by placing an "offensive image" of actress Delta Burke in blackface among its TV program highlights for Black History Month.

A spokesman for the broadcaster says the blackface picture, taken from an episode of 1980s hit "Designing Women," is one that "should not have been used in any context."

CTV has since removed the blackface image as well as the full episode of "Designing Women."

The photo was part of a rotation of images in the CTV Throwback section of its mobile app that directed viewers to popular Black-led sitcoms on the streaming service from decades past, including "The Jeffersons," "Good Times" and "Sanford and Son."

Sandwiched between those images was a still photo from "Designing Women," which featured the blackface-wearing Burke alongside her Black co-star Meshach Taylor.

It was taken from a 1989 episode titled "The Rowdy Girls," which revolves around the sitcom's stars being booked to perform at a talent show as Motown legends the Supremes.

The group debates whether to play their parts in blackface and ultimately concludes it's not the best decision. However, Burke's character doesn't get the message and shows up with her face painted anyway to sing alongside her friends.

"Designing Women," set in Georgia, often grappled with the rapidly changing social issues of the U.S. South, such as race and sexuality, in a way that would be considered outdated by today's standards.

The episode has been in circulation for decades and is still available on Disney-owned streaming platform Hulu in the United States.

However, when CTV representatives were asked by The Canadian Press about the decision to feature a blackface photograph among a selection of Black sitcoms, CTV pulled the full episode of "Designing Women."

The company later took down the blackface image as well.

"This was an error, it's an offensive image that should not have been used in any context," said Marc Choma, director of communications at Bell, in a written statement.

CTV said in a separate statement that it is reviewing the entire catalogue of programming on CTV Throwback to "identify and remove any offensive content."