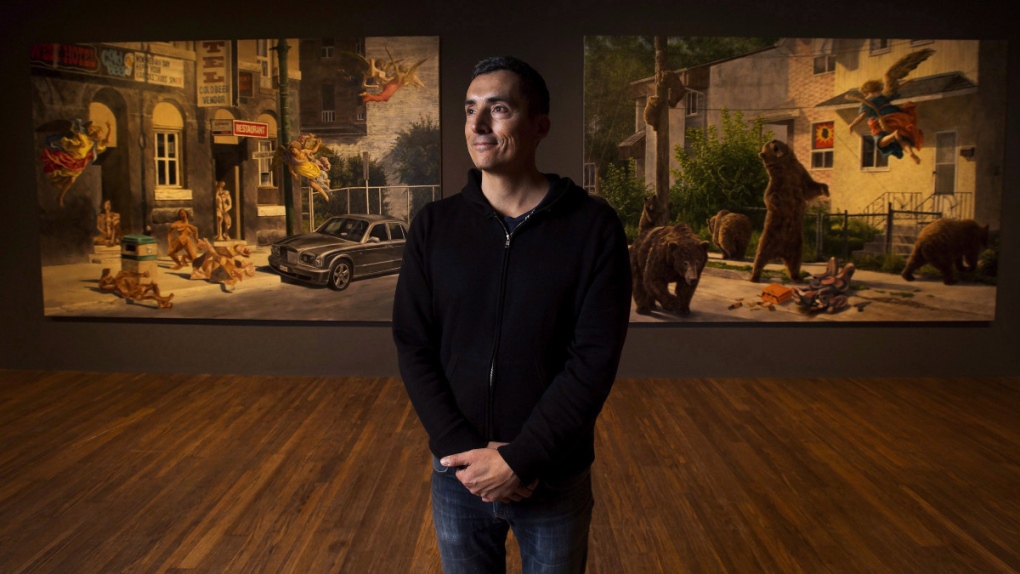 The provocative Toronto-based painter posted a note on his Instagram on Monday saying he regrets any "harm" his latest work, "Hanky Panky," caused to his community.

The painting depicts a man resembling Trudeau crouched down on all fours with his buttocks exposed while surrounded by a group of laughing Indigenous women, a couple of whom appear to be holding him down.

The piece stirred online controversy soon after it was posted in full on Monkman's Instagram page last Saturday with a caption suggesting the scene was consensual.

Several critics read the painting as a "revenge rape" and take offence with the implication that Indigenous women, trans and two-spirit people would delight in sexual violence, which they suffer at disproportionate rates.

In his apology, Monkman writes that as a cisgender, two-spirit man, he has always sought to prioritize the safety of marginalized genders, but says this work "failed" on that account.

The creative director of Monkman's studio says the artist isn't giving interviews. The prime minister's office did not immediately return a request for comment.

This report by The Canadian Press was first published May 21, 2020