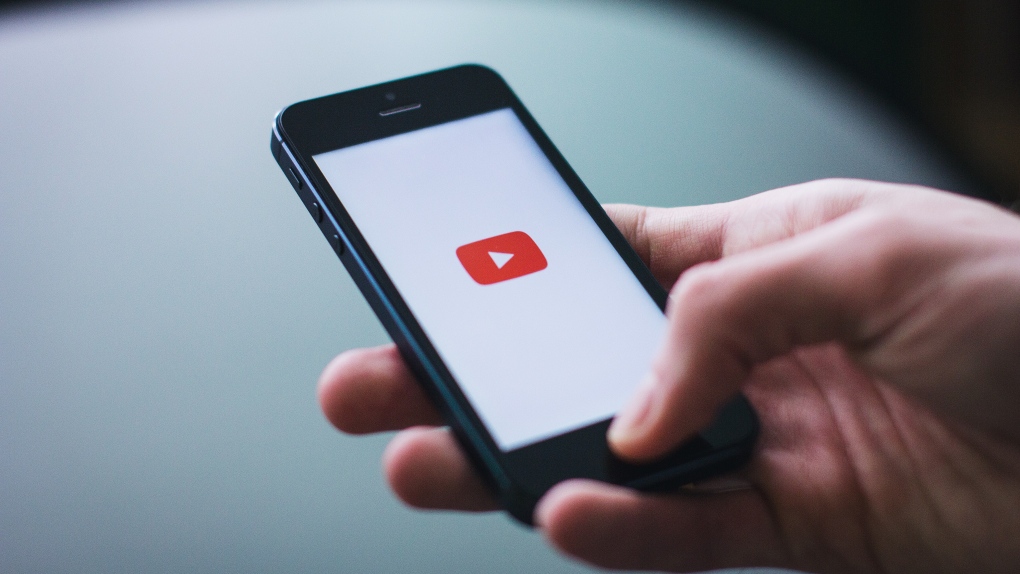 Undated photo of a person opening the YouTube app (Photo by freestocks.org from Pexels)
OTTAWA -

The Canadian creator of a children's YouTube channel with 34.2 million subscribers has condemned the government's online-streaming bill as a “bad piece of legislation” written by people who don't understand how digital platforms work.

Morghan Fortier warned MPs on the House of Commons heritage committee Tuesday that the bill is “far too overreaching,” giving powers over the internet to the broadcast regulator.

Fortier said a light regulatory touch has been key to her and other digital creators' success, arguing that Heritage Minister Pablo Rodriguez's assurances that Bill C-11 would not affect user-generated content are “untrue.”

Fortier told MPs that one of her digital-first studio's channels, Super Simple Songs, featuring kids' songs set to animated videos, is the most-watched Canadian YouTube channel with over 1.3 billion views.

She said a clause in the bill giving the CRTC the potential to regulate users' videos posted on YouTube should be deleted.

The bill is designed to update Canada's broadcast laws to include streaming services such as Netflix, Amazon Prime and Spotify. It would support Canada's creative industries by making sure Canadian TV, music and film is featured and financially supported by streaming platforms.

She said Canadians are YouTube's No. 1 exporters, enhancing Canada's “soft power and our values around the world,” with people of all genders and races benefiting.

“Why mess with the earnings of self-starters who have never asked for a penny from the public purse?” Berkowitz asked.

But other experts told MPs the bill should be swiftly introduced to protect Canadian music producers and create a level playing field between foreign streaming giants, such as Netflix, and Canadian broadcasters.

Brad Danks, CEO of OutTV, warned that some digital streaming platforms from outside Canada had refused to carry LGBTQ content.

Danks explained that although some such as Amazon Prime have embraced such content, others use an algorithm that predicts no one would subscribe to film and TV with a LGBTQ theme, an assessment he said was incorrect.

He cautioned that big streaming platforms that may not want to carry LGBTQ content were soon coming to Canada.

Danks said regulations in the bill are needed to ensure that Canadian content - including LGBTQ programs - are featured on premium streaming platforms.

He said it “is vital that Canadians gain access” to the streaming giants.

Jerome Payette, executive director of the Professional Music Publishers' Association, said streaming giants had “no regard for the cultural aspects of francophone music” and some musicians were making pennies from their work from web giants.

“It is our culture and our cultural sovereignty that is at stake,” he insisted.

Troy Reeb, executive vice-president of Corus Entertainment, said Canadian broadcasters face layers of regulations to which foreign competitors are not subjected and the bill would create a level playing field

He warned that action was needed to “protect our cultural sovereignty” from foreign streaming platforms, which were overtaking traditional TV companies.

But Michael Geist, the University of Ottawa's Canada Research Chair in internet law, said the bill would create “regulatory uncertainty” and called for a more targeted approach.

“If the goal is to target large streaming services or to exempt video games and niche streamers, say so in the legislation,” Geist said.

He suggested that Canada could mirror European Union legislation that differentiates between curated and uncurated content.

Matthew Hatfield of OpenMedia, a community-driven organization dedicated to an open internet, said users' podcasts, YouTube videos and TikTok posts must be excluded from the bill.

He asked MPs to introduce “minimum safeguards to ensure that user-generated content is fully, plainly and definitively excluded from CRTC regulation.”

Hatfield said the the federal government has just given “a flimsy promise that the CRTC won't misuse this astonishing expanded power.”

A spokeswoman for Rodriguez said the aim of Bill C-11 was to ask online streaming companies to contribute to Canadian culture, while updating broadcasting policy “to reflect a diverse, vibrant, 21st-century Canada.”

“From the beginning, the minister has said that he is open to ideas that strengthen the bill and achieve these policy objectives. Regulating user-generated content is not one of those objectives,” said Ashley Michnowski. “There is a good debate underway in the parliamentary committee on the bill, and we're looking at options on how to strengthen it.”

She said YouTube “as the largest streaming platform of music in Canada” is within the scope of the bill but “users will not have any obligations.”