CPR, maple syrup and a gold crayon: Inside the Oscar nominees' swag bag 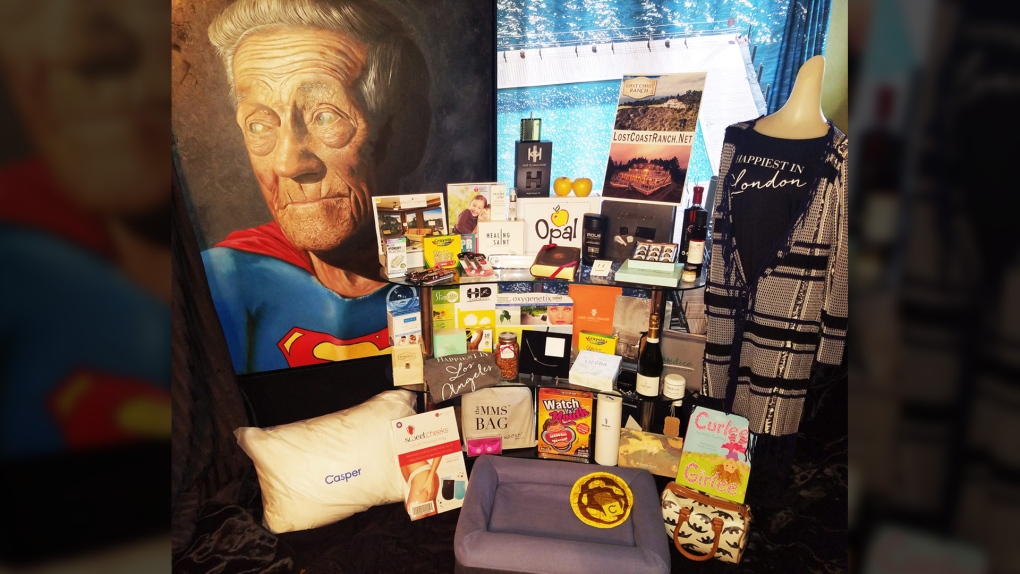 The Distinctive Assets 'Everyone Wins' gift bag for Oscar nominees is shown in this handout photo.

There will be no sex toys or bizarre health treatments in this year's unofficial swag bag for Oscar nominees, as organizers opt for the, perhaps, more priceless: Canadian maple syrup, CPR lessons and apples that don't turn brown.

For 2017, the Distinctive Assets marketing firm appears to have trimmed some of the more outrageous items from the past, in favour of more trips, treats and cosmetics.

Nevertheless, the swag bag – which is said to be worth more than $100,000 – still includes some odd entries, such as a luxury T-shirt, an underarm patch to prevent sweating, and a box of customized crayons that includes one gold crayon inscribed with the nominee's name.

Last year's gift bag was worth an estimated US$220,000, while the gift bag from 2015 was said to be worth $165,000. But Distinctive Assets founder Lash Fary insists his goal is not to ratchet up the value of the package each year.

"A great gift has nothing to do with the price tag, and we are desperately trying to move the conversation away from that point," Fary said in a news release.

Distinctive Assets says it is not releasing the total value of the package, other than to say it has a "six figure value," and that most estimates based on individual values are "wildly inaccurate."

Of course, with CPR lessons in the package, one can't really put a price tag on the ability to save a life, right?

The package features a few returning items, such as a vaporizer and a Rouge Maple gift pack from Quebec.

In terms of trips, the swag bag includes a five-night stay at Koloa Landing Resort in Hawaii, a three-day visit to Los Coast Ranch in California and three complimentary nights at the Grand Hotel Excelsior Vittoria and the Grand Hotel Tremezzo, in Italy.

But perhaps the most entertaining elements of the gift bag are the little touches. In addition to the crayon box mentioned earlier, winners will go home with a jar of pecans, a children's book, a tinted ChapStick lip balm and a wooden box "filled with 199 cards of positive actions and quotes."

Also included is an OOMI smart home starter kit and a 10-month supply of Opal apples, which are said to remain green even after they're cut.

In addition, winners will take home a variety of cosmetic products, vouchers for a sommelier visit, and a variety of pieces of jewelry.

Not included in the pack are some of the wilder items from the past, such as the vampire breast lift and the $275 toilet paper from 2016, or the O-Shot hormone injection meant to arouse a woman.

Here's what happened onstage during the Oscars' mistake

A snafu for the ages and other Academy Awards highlights

Why are celebs wearing blue ribbons on the Oscar red carpet?