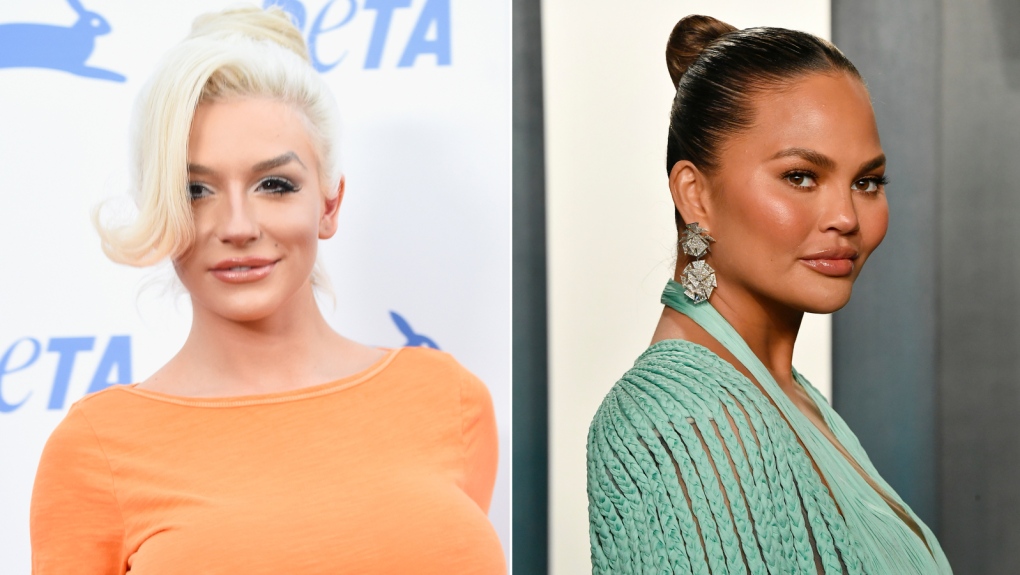 Courtney Stodden says they have accepted Chrissy Teigen's apology for social media bullying when Stodden was a teen, but is disputing that Teigen tried to reach out privately.

Stodden, a model, musician and reality star, made headlines in 2011 when at the age of 16 they married then 50-year-old actor Doug Hutchison

Last year Stodden shared that they are now divorced and in a recent interview with the Daily Beast Stodden called out several celebs they said were cruel to them during the time they were a teen bride, including Teigen.

"[Teigen] wouldn't just publicly tweet about wanting me to take 'a dirt nap' but would privately DM me and tell me to kill myself," Stodden said. "Things like, 'I can't wait for you to die.'"

After social media started weighing in on it, Teigen took to Twitter to apologize.

"I'm mortified and sad at who I used to be. I was an insecure, attention seeking troll," Teigen tweeted. "I am ashamed and completely embarrassed at my behavior but that is nothing compared to how I made Courtney feel."

Teigen added, "I have worked so hard to give you guys joy and be beloved and the feeling of letting you down is nearly unbearable, truly. These were not my only mistakes and surely won't be my last as hard as I try but god I will try!!"

The lifestyle entrepreneur/model/TV personality also said she "tried to connect with Courtney privately but since I publicly fueled all this, I want to also publicly apologize."

"I'm so sorry, Courtney," Teigen wrote. "I hope you can heal now knowing how deeply sorry I am."

Stodden responded on Instagram, writing, "I accept her apology and forgive her. But the truth remains the same, I have never heard from her or her camp in private."

"In fact, she blocked me on Twitter," Stodden wrote in the caption of a photo of a screen grab of being blocked from Teigen's Twitter account. "All of me wants to believe this is a sincere apology, but it feels like a public attempt to save her partnerships with Target and other brands who are realizing her "wokeness" is a broken record."

Teigen has been the target of online bullying and in March left Twitter briefly, though she explained that her decision to take a break was not about the trolls.

CNN has reached out to reps for both Stodden and Teigen for additional comment.

This story has been updated to change the pronouns used by Stodden, who identifies as non-binary.