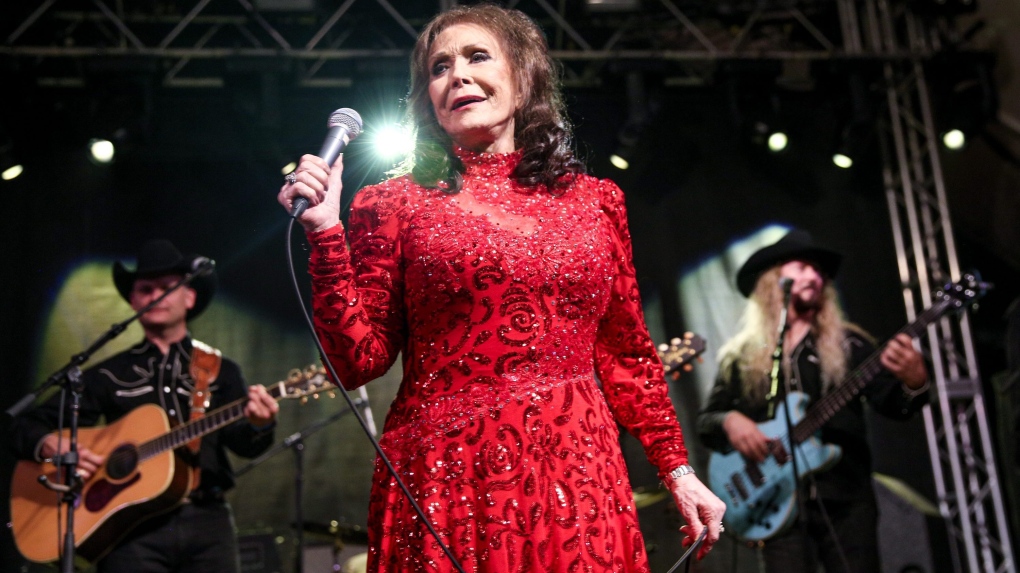 FILE - In this March 17, 2016 file photo, Loretta Lynn performs at the BBC Music Showcase at Stubb's during South By Southwest in Austin, Texas. (Photo by Rich Fury/Invision/AP)

NASHVILLE -- Country music icon Loretta Lynn has a fractured hip after a fall at her home in Tennessee.

A statement posted Monday on her website said "she is doing well and thanks all her fans for their thoughts and prayers." A publicist for Lynn didn't answer additional questions.

The 85-year-old singer-songwriter suffered a stroke last year that forced her to cancel her tour dates and delay a new album, but she made a surprise appearance at the Country Music Hall of Fame in October for Alan Jackson's induction.

The Hall of Fame singer is known for her biographical hit "Coal Miner's Daughter," which became a book and a movie; "You Ain't Woman Enough"; "The Pill"; and "One's on the Way."

American music icon, Loretta Lynn is recovering from a fractured hip after a fall while at home. She is doing well and thanks all her fans for their thoughts and prayers. pic.twitter.com/wBSpJGZBob