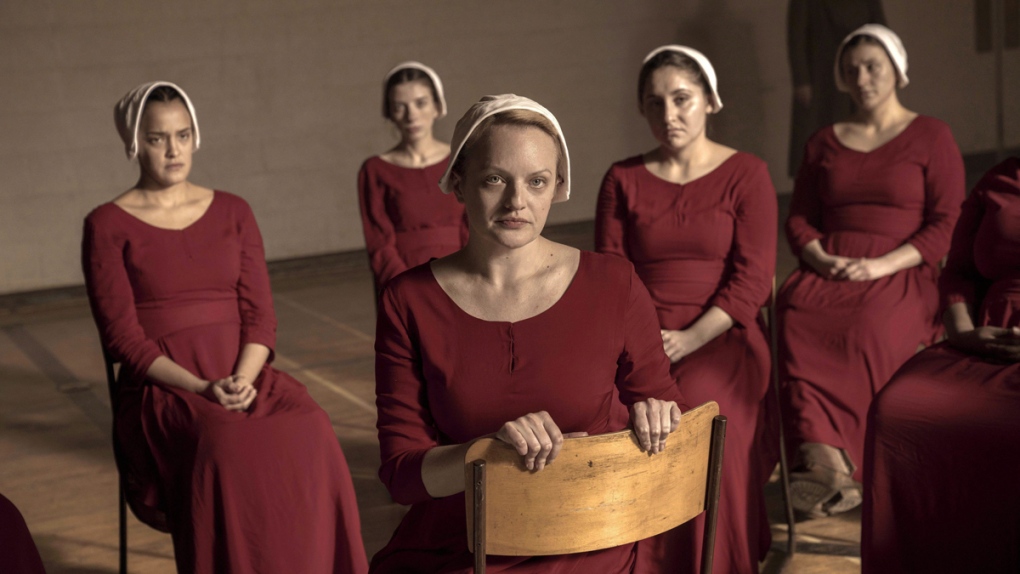 Elisabeth Moss, foreground, in a scene from 'The Handmaid's Tale.' (Sophie Giraud / Hulu via AP / THE CANADIAN PRESS )

TORONTO -- Costume creators for "Riverdale," "The Handmaid's Tale," and "Anne With an E" are among the designers being honoured for their work in film and TV.

The Canadian Alliance of Film and Television Costume Arts and Design has announced nominees in 15 categories for the CAFTCAD Awards, set for March 1 in Toronto.

Designers for Netflix's "Riverdale" face off in the contemporary TV category against those from TVA.ca's "LOL:)," Super Channel's "Get Shorty," CBC's "Baroness Von Sketch," and CTV Comedy's "The Detour." The period TV category features nominees from AMC's "The Terror," CTV Sci-Fi's "DC's Legends of Tomorrow" and the CBC series "Anne With an E," "Murdoch Mysteries" and "Unspeakable."

The contemporary film category lists designers from "It Chapter Two," "Disappearance at Clifton Hill," "Ready or Not," "J.T. Leroy," and "In the Shadow of the Moon." Nominees in the period film category worked on "The Lighthouse," "Brotherhood," "Stockholm," "I am Somebody's Child: The Regina Louise Story," and "Goalie."

The nominees are either Canadian citizens or permanent residents who worked on projects produced in Canada or co-productions.

This report by The Canadian Press was first published Jan. 16, 2020