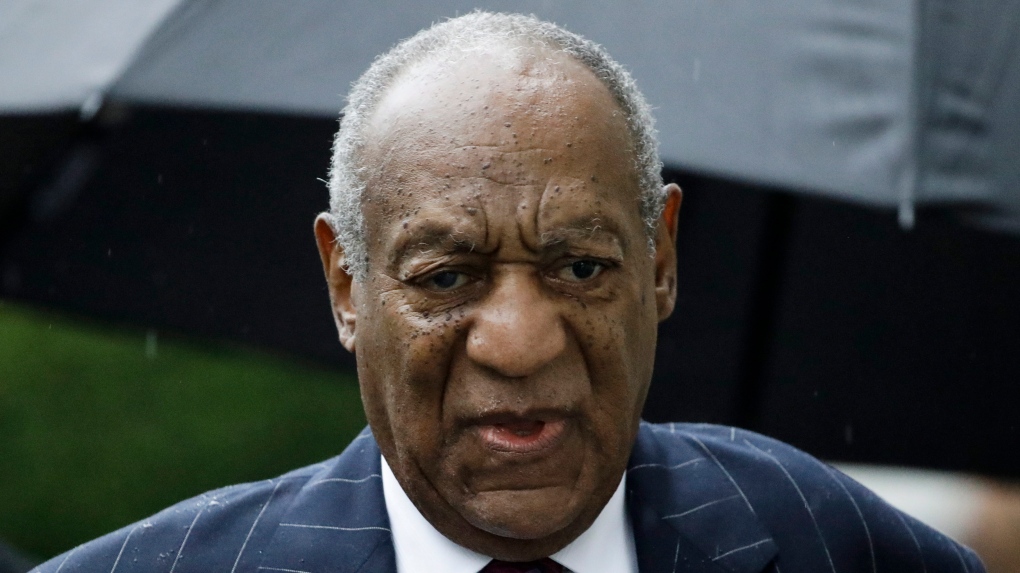 PHILADELPHIA -- Pennsylvania's highest court questioned Tuesday whether Bill Cosby's alleged history of intoxicating and sexually assaulting young women amounted to a signature crime pattern, given studies that show as many as half of all sexual assaults involve drugs or alcohol. Cosby, 83, hopes to overturn his 2018 sex assault conviction because the judge let prosecutors call five other accusers who said Cosby mistreated them the same way he did his victim, Andrea Constand. The defence said their testimony prejudiced the jury against the actor and should not have been allowed.

“That conduct you describe - the steps, the young women - there's literature that says that's common to 50% of these assaults - thousands of assaults - nationwide,” Chief Justice Thomas G. Saylor asked a prosecutor during oral arguments in the Pennsylvania Supreme Court. “So how can that be a common scheme?”

The prosecutor, in response, offered more precise details about the relationships, saying Cosby used his fame and fortune to mentor the women and then took advantage of it. And he sometimes befriended their mothers or families.

“There was a built-in level of trust because of his status in the entertainment industry and because he held himself out as a public moralist,” said Assistant District Attorney Adrienne Jappe, of suburban Philadelphia's Montgomery County, where Constand says she was assaulted at Cosby's estate in 2004.

“The signature was isolating and intoxicating young women for the purpose of sexually assaulting them,” Jappe said.

Cosby has served more than two years of his three- to 10-year prison sentence for drugging and molesting Constand, whom he met through the basketball program at his alma mater, Temple University.

Courts have long wrestled with decisions about when other accusers should be allowed to testify in criminal cases. It's generally not allowed, but state law permits a few exceptions, including to show a signature crime pattern or to prove someone's identity. The state's high court appears eager to address the issue, and in doing so took on the first celebrity criminal case of the #MeToo era. The court typically takes several months to issue its opinion.

Judge Steven T. O'Neill had allowed just one other accuser to testify at Cosby's first trial in 2017, when the jury could not reach a verdict. The #MeToo movement took hold months later with media reports about movie mogul Harvey Weinstein and other men accused of sexual misconduct.

O'Neill then let five other accusers testify at Cosby's retrial in 2018, when the jury convicted him of drugging and sexually assaulting Constand.

Cosby's appellate lawyer, Jennifer Bonjean, said prosecutors exploited “all of this vague testimony” about his prior behaviour and his acknowledgement that he had given women alcohol or quaaludes before sexual encounters.

“They put Mr. Cosby in a position where he had no shot. The presumption of innocence just didn't exist for him,” Bonjean said in the arguments Tuesday, which were held online because of the COVID-19 pandemic.

Constand went to police in 2005, about a year after the night at his home. The other women knew Cosby in the 1980s through the entertainment industry, and they did not go to police.

The defence also challenged the trial judge's decision to let the jury hear damaging testimony Cosby gave in a lawsuit Constand filed against him in 2005, after then-prosecutor Bruce Castor declined to arrest Cosby.

The testimony was sealed for nearly a decade until The Associated Press asked a federal judge to release documents from the case as more Cosby accusers came forward. The judge agreed, and Castor's successor reopened the case in 2015, just months before the statute of limitations to arrest him would have expired.

Cosby, a once-beloved comedian and actor known as “America's Dad,” has said he will serve his entire 10-year term rather than admit wrongdoing to the parole board.

Criminal law professor Laurie Levenson believes it's important for the court to scrutinize Cosby's conviction given the publicity the case attracted, the legal questions it raised and the potential influence of the #MeToo movement.

However, she was less sure there's data to show that intoxication was as prevalent in sex assault cases in the 1980s through 2004 as it is today.

“We have heard a lot more about doping types of sexual assaults (recently), but I'm not sure how common it was at the time of this offence,” said Levenson, of Loyola Law School. “I think the court's doing the right thing, which is asking, `Did he get convicted on legitimate evidence?”'

The AP does not typically identify sexual assault victims without their permission, which Constand has granted.