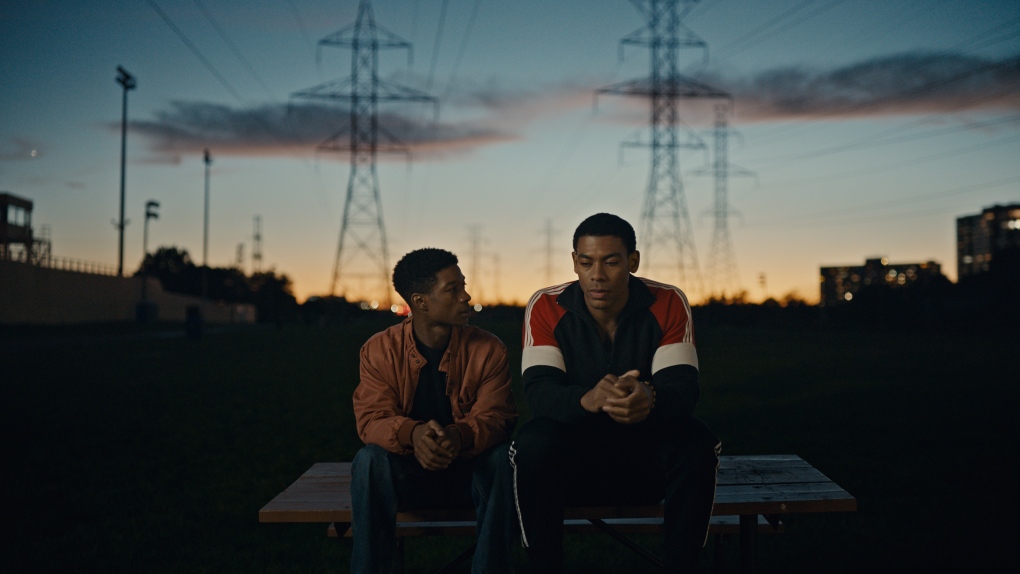 A still from the film "Brother" is shown in this undated handout photo. THE CANADIAN PRESS/HO - Elevation Pictures
TORONTO -

"Brother," based on the 1990s-set book of the same name by David Chariandy, will make its world premiere at TIFF in September.

Chariandy's novel won the Rogers Writers' Trust Fiction Prize in 2017 and was a finalist for Canada Reads two years later.

"Brother" stars Lamar Johnson of "The Hate U Give" and Aaron Pierre, whose credits include "The Underground Railroad."

The Canadian director Virgo is perhaps best known for his 2015 miniseries adaptation of "The Book of Negroes" for CBC/BET.

This report by The Canadian Press was first published July 6, 2022.