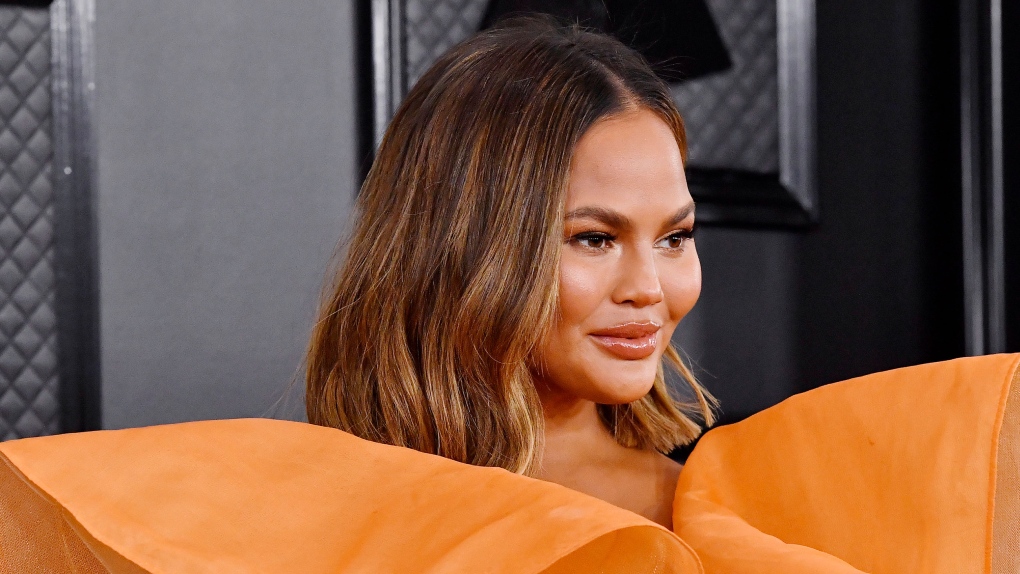 Chrissy Teigen, seen here at the 62nd Annual GRAMMY Awards on January 26, 2020 in Los Angeles, California., lost a tooth while chewing on a Fruit Roll-Up at the inauguration. (Frazer Harrison/Getty Images for The Recording Academy)

Good news and bad news for Chrissy Teigen. U.S. President Biden followed her on Twitter but she also lost a tooth.

The model and cookbook author was at the 2021 Presidential Inauguration to support her husband John Legend, who performed Wednesday evening. While indulging in a late-night Fruit Roll-Up she revealed the sticky snack had yanked out a cap.

"I just lost my tooth in a Fruit Roll-Up," Teigen said in a video of herself holding the tooth.

When one follower asked whether it was a "real tooth or a cap or veneer," Teigen replied, "Cap :( but i loved him like he was a real tooth."

Earlier, Teigen had tweeted at President Biden to please follower her on Twitter since had been blocked by former president Donald Trump for four years. To her surprise, she got a follow, along with just a handful of Biden staffers and family.

She tweeted in response: "my heart oh my god lmao I can finally see the president's tweets and they probably won't be unhinged."