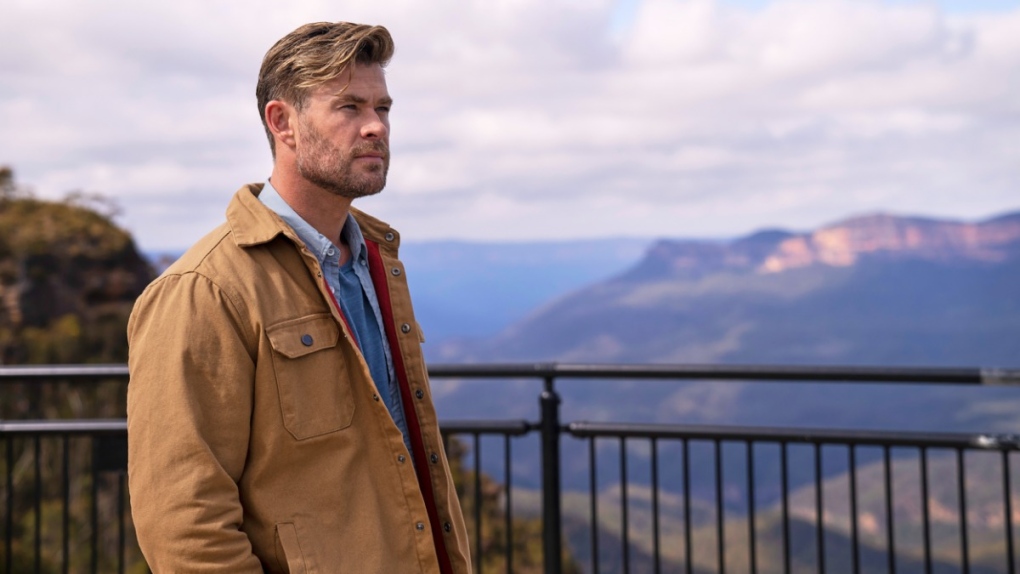 Chris Hemsworth embarked on a personal and physically demanding journey for his new series "Limitless" that ultimately led to a sobering discovery.

The "Thor" actor, 39, learns in one episode of the limited Disney+/National Geographic series -- which shows him exploring ways to enhance his longevity and combat aging -- that he has two copies of the APOE4 gene, one from each of his parents, meaning he has a heightened predisposition for developing Alzheimer's disease.

"They took all my bloodwork and did a bunch of tests and the plan was to on-camera tell me all the results and then talk about how you can improve this and that," Hemsworth shared with Vanity Fair in an article published on Thursday. "And Peter Attia, who is the longevity doctor in that episode, and overseeing a lot of the show, called ["Limitless" creator] Darren [Aronofsky] and said, 'I don't want to tell him this on camera. We need to have an off-side conversation and see if he even wants this to be in the show.' It was pretty shocking because he called me up and he told me."

Upon learning the news, Hemsworth said he "had a bunch of questions," later adding that he "didn't really know what to think. I was like, 'Am I supposed to be worried? Is this concerning?'"

He also said that the show then "became even more relevant and important for me, even more poignant than I ever thought it would be," adding that APOE4 is "not a pre-deterministic gene, but it is a strong indication. Ten years ago, I think it was more thought of as determinant."

The new information, which Hemsworth said makes him "eight to 10 times more likely" to eventually develop Alzheimer's disease, naturally caused him to reflect on death and his own mortality.

"There was an intensity to navigating it. Most of us, we like to avoid speaking about death in the hope that we'll somehow avoid it," he told Vanity Fair. "We all have this belief that we'll figure it out. Then to all of a sudden be told some big indicators are actually pointing to this as the route which is going to happen, the reality of it sinks in."

"Limitless," which shows the Marvel star engaging in various stunts and practices to prolong and enhance his life, in fact deals with facing death in the final episode.

"I think that's my favourite episode. That's where I worked with the death doula and people who worked in palliative care and end of life care and then spoke to a number of people who were at the end of their days or coming upon them -- even younger people that were diagnosed with cancer and didn't have long to live," he shared.

"Doing an episode on death and facing your own mortality made me go, 'Oh God, I'm not ready to go yet,'" he later added. "I want to sit and be in this space with a greater sense of stillness and gratitude. And then you start talking about kids and family and going, 'Oh my God, they're getting older, they're growing up and I keep slapping another movie on top of another movie.' Before you know it, they're 18 and they've moved out of house, and I missed the window."

In preparing the show for air, Hemsworth also mentioned that he was "offered a version of the episode where we didn't talk about [his discovered genetic predisposition to Alzheimer's]," but that the prospect of helping others helped him to get over any hesitation.

"I thought, 'No, look, if this is a motivator for people to take better care of themselves and also understand that there are steps you can take -- then fantastic.' My concern was I just didn't want to manipulate it and overdramatize it, and make it into some sort of hokey grab at empathy or whatever for entertainment."

Hemsworth, who most recently appeared as the MCU's God of Thunder in his fourth solo outing in this summer's "Thor: Love and Thunder," is next set to appear in another sequel, next year's "Extraction 2." He is also wrapping up a yet-to-be-revealed role in 2024's "Furiosa," co-starring Anya Taylor-Joy, set in the universe of "Mad Max."

Prime minister Justin Trudeau announced more than $40 million in funding for James Smith Cree Nation during a visit to the community on Monday.