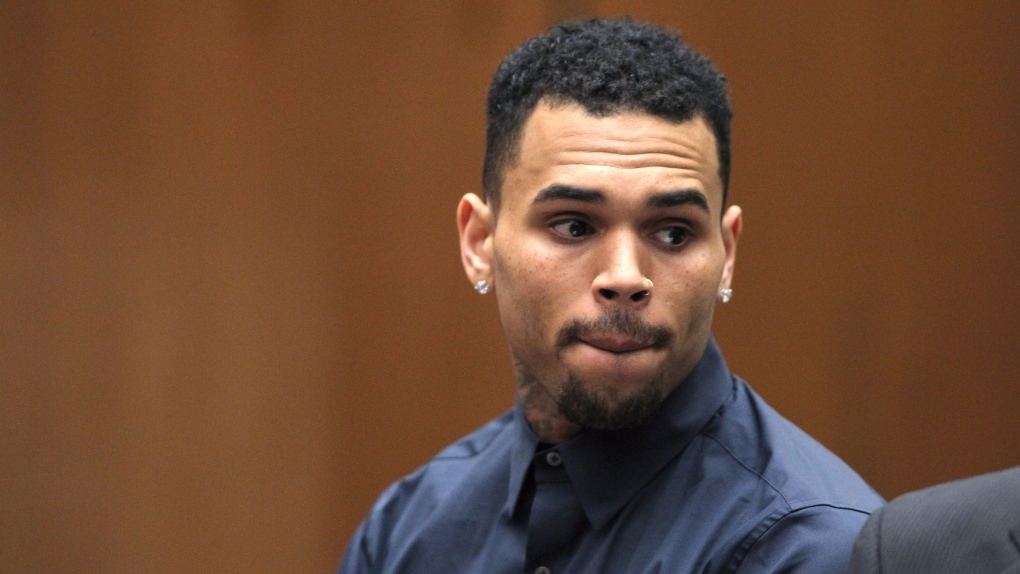 PARIS -- The lawyer for a woman who filed a rape complaint in Paris against American singer Chris Brown and two other men said Thursday that his client was under "great psychological pressure" at a luxury hotel when "non-consensual sex" allegedly took place inside locked rooms.

Brown was released from custody without charges pending further investigation of the woman's allegations that he and the other men raped her last week at the French capital's Mandarin Oriental Hotel. The Grammy winner called the accusations false.

The accuser's lawyer, Franck Serfati, told The Associated Press the woman, a 23-year-old student, said she "was not pressured physically" in Brown's hotel suite but in an "environment with great psychological pressure" from large, older men.

Brown allegedly "cornered her in a room that was locked," Serfati said in an interview Thursday. "There were forced sexual relations and then he went to talk to other men - it was a masculine environment."

The woman alleges the two other men she accused of rape -- a bodyguard and an associate of Brown's -- then assaulted her on a different floor of the hotel, her lawyer said.

Brown's legal representative in France, Raphael Chiche, didn't respond to several calls and messages seeking comment. Chiche tweeted Wednesday he was preparing a defamation complaint that ".ChrisBrown will file against his accuser."

Brown's representatives in the U.S. and Britain have refused repeated requests for comment.

Police detained Brown and the two others Monday on potential charges of aggravated rape and drug infractions. They were questioned and released Tuesday.

The Paris prosecutor's office says the investigation hasn't been closed, but Brown was free to leave the country while it continued.

The Associated Press does not typically identify people alleging sexual assault unless they agree to be named or come forward publicly. Serfati's client requested anonymity.

Serfati said she was invited to a party with Brown and his friends at a Paris nightclub on Jan. 15. A common contact arranged their meeting, he said.

After partying at Le Crystal, a group of "about 15 girls and five or six men" went to back to Brown's suite and "everybody rushed to take lines of cocaine," Serfati said. The woman asserts she was forced to participate but only used a small amount of the drug before she was in the locked room with Brown.

"My client explains that it was non-consensual sex. She was not pressured physically," Serfati told The AP. "This was a very particular environment with great psychological pressure" and where the woman "was only with men, older men, men who you imagine to be buff."

Brown burst onto the music scene as a teenager and won a Grammy Award in 2011 for best R&B album for "F.A.M.E."

He has had continued legal troubles since he pleaded guilty to the felony assault in 2009 of his then-girlfriend, Rihanna. His most recent run-in with police was last year, when he was arrested at the end of a concert year on a felony battery charge involving a nightclub photographer.