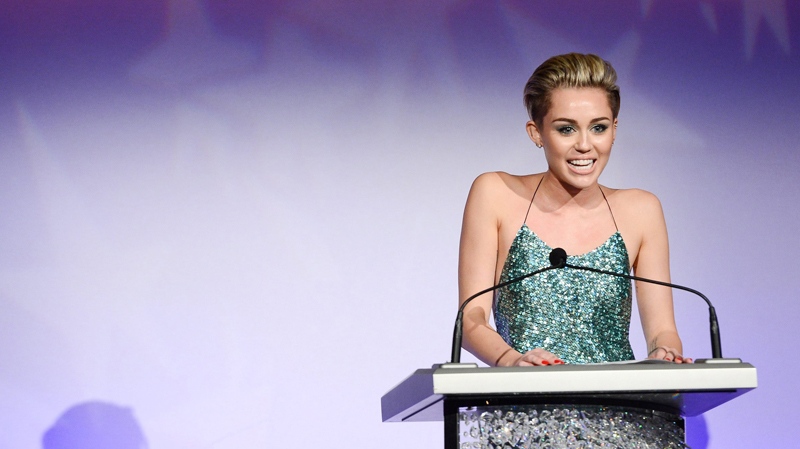 The 'Believe' hitmaker disagrees with fellow singer/songwriter Sinead O'Connor, who recently penned an open letter warning Miley to curb her provocative behaviour, fearing she is being "prostituted" by the music industry.

Instead Cher thinks the 20-year-old pop star is just finding her identity in the business.

The music legend - who also went through a boundary-breaking shift after shedding her wholesome image as one half of husband and wife duo Sonny & Cher - said: "You're talking to someone who's done that kind of stuff and I never did anything I didn't want to. I was pushing an envelope that I wanted to push. I felt that looking the way I wanted to look made me more empowered.

"Sinead O'Connor has a very different sense of herself than Miley Cyrus, so I don't think it's as dire as people are warning. Women have always been sex objects and that's nothing new. They always will be."

The 67-year-old star also doesn't believe Miley's controversial 'Wrecking Ball' video - in which she appears naked, straddling a demolition ball - is as harmful to her young fan base as violent video games or certain websites on the internet.

She explained to The Guardian newspaper: "I don't think the naked part is the problem. Unfortunately, what happens now is that kids are exposed to everything that's too old for them. You know, since the internet, since horrible PlayStation ... That car hijack [game 'Grand Theft Auto']. I think maybe that is worse than seeing Miley Cyrus on a wrecking ball.

"Also, she's trying to break the Disney stuff. When you make such an image, you have to hit it with a hammer ... or a sledgehammer!"