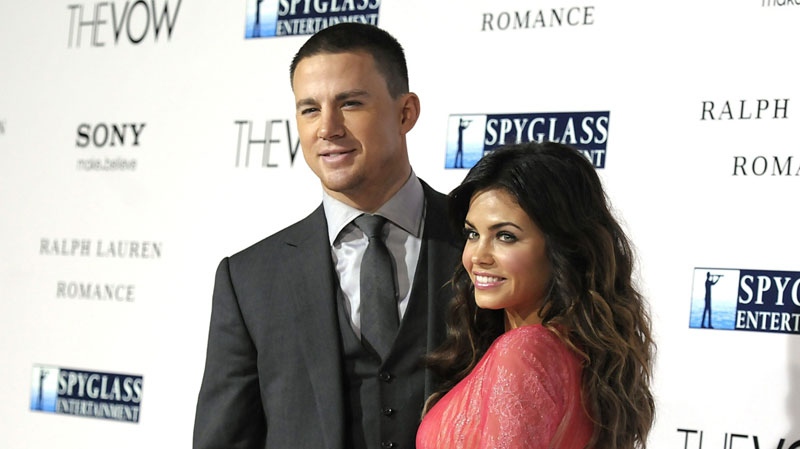 Actor Channing Tatum, left, and his wife, actress Jenna Dewan arrive at the premiere of the feature film 'The Vow' in Los Angeles on Monday, Feb. 6, 2012. (AP / Dan Steinberg)

NEW YORK -- Rather than go the route of some celebrity parents, Channing Tatum and his wife Jenna decided to release their newborn daughter's baby picture.

According to Tatum, the choice was simple: be hounded by paparazzi, or control the release of the picture. He chose the latter and posted a family photo on his official Facebook page.

While promoting his new action film, "White House Down," with Jamie Foxx, the 33-year old actor said it was important to take "stalking photographers" out of the equation.

"We have paparazzi out in front of everything trying to get the first picture," he said. "And we didn't want to sell it."

Tatum added: "We just wanted to let the fans and whoever wanted to see it, and that's it."