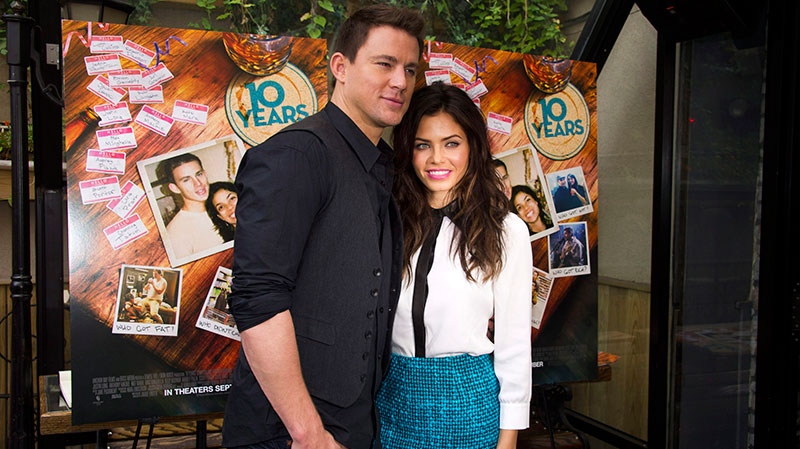 Channing Tatum and Jenna Dewan-Tatum have named their daughter Everly.

The 'Magic Mike' star and his wife welcomed their first child into the world on Friday and they have now released a statement on the actor's official website introduced the tot to their fans.

Underneath a banner reading "Welcome to the world!," the statement reads: "Jenna Dewan-Tatum and Channing Tatum are thrilled to announce the birth of their daughter, Everly Tatum, who was born on May 31 in London. Sending love and light to Chan, Jenna, and Ms. Everly!"

Tatum also posted a link to the statement on his Twitter account, along with the message: "And baby makes three..."

The couple -- who tied the knot in July 2009 -- have been staying in north London since March, while Tatum films science fiction movie 'Jupiter Ascending' and were spotted walking their pet dogs nearby just hours before Jenna gave birth.

Close friend Jamie Foxx was one of the first people to offer his congratulations to the new parents, tweeting on Sunday: "Big luv 2 my @WHD costar @channingtatum + wife @jennaldewan + their new baby. Welcome 2 the world little Tatum. (sic)"

Jenna recently revealed how she and her husband were "ready" for their first child and she praised her spouse for his constant "support" during her pregnancy.

She said: "I thought my body was going to change so quickly with pregnancy that I'd freak out. But it was really gradual. There's a reason women are pregnant for nine months; by the end, you're ready to have this baby.

"Channing has been great. He takes the route of no confrontation, just support, saying things like, 'Do whatever you want! What do you want to eat? I'm going to leave it up to you.' "