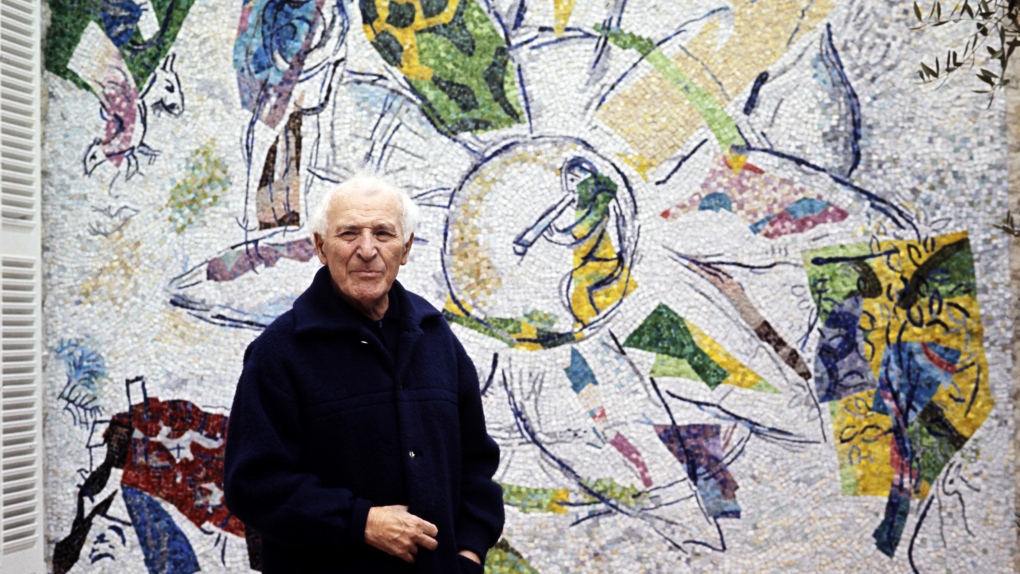 Marc Chagall in 1977 in front of one of his mosaics. (AFP PHOTO/RALPH GATTI)

A painting by Marc Chagall stolen 30 years ago from a New York couple's apartment has been recovered and is being returned to the family's estate, the FBI said Thursday.

The 1911 painting, "Othello and Desdemona," was stolen in 1988 along with other works of art -- by Renoir, Picasso and Hopper -- from the Manhattan home of Ernest and Rose Heller, the FBI said in a statement.

The oil painting, which shows Othello gazing at a sleeping Desdemona, was recovered last year after a man in the eastern state of Maryland contacted the Federal Bureau of Investigation.

The FBI said the Maryland man got in touch with law enforcement after a failed effort to consign the painting to an art gallery in Washington.

The gallery owner was "suspicious about the lack of paperwork supporting the painting's authenticity and provenance," the FBI said.

The Maryland man obtained the painting in the late 1980s or early 1990s from the man who stole it from the Heller's apartment, the FBI said.

"It was an inside job," said special agent Marc Hess of the FBI's Art Crime Team. "A person who had regular access to the building was stealing from apartments while the tenants were away."

"(The Hellers) went on vacation back in 1988," Hess said. "They returned, and this work of art -- along with several others -- was missing."

The FBI said the Maryland man kept the painting stashed in a makeshift box in his attic for years.

It said no charges would be filed against him or the man who stole the painting because the statute of limitations has expired.

The FBI said the Hellers, who bought the painting in the 1920s, have both died and their estate plans to put the art work up for auction.