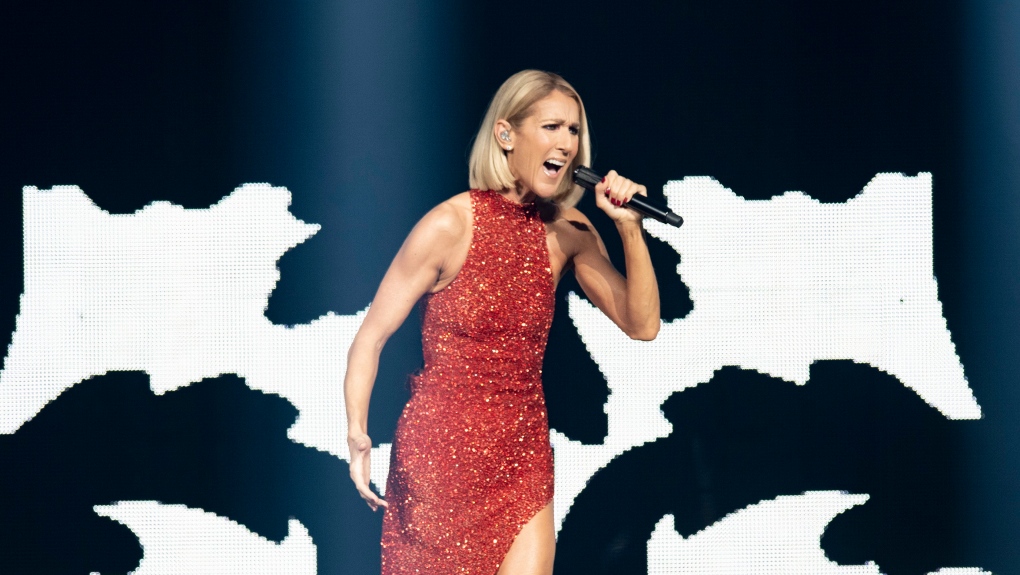 Celine Dion has cancelled the remaining shows in the North American leg of her "Courage World Tour" as she continues to recover from a recent health issue.

A statement posted on her website on Saturday said the Quebec singer has been having severe and persistent muscle spasms, with her recovery "taking longer than she hoped." The statement says Dion's medical team continues to evaluate and treat her condition.

Dion had completed the first 52 shows on the tour before the COVID-19 pandemic hit in March 2020. The now-cancelled shows in Canada and the U.S. had been previously rescheduled for March 9 -- April 22, 2022.

Dion said in the statement that she hoped to be "good to go by now," but has to be patient and follow the regime prescribed by her doctors.

"There's a lot of organizing and preparation that goes into our shows, and so we have to make decisions today which will affect the plans two months down the road," Dion said.

"I'll be so glad to get back to full health, as well as all of us getting past this pandemic, and I can’t wait to be back on stage again."

Dion added that she has been "very touched" by all the words of encouragement from fans online.

"I feel your love and support and it means the world to me," Dion said.

The news comes after Dion announced in October that she would be delaying the opening of her new Las Vegas show due to the spasms. The European leg of Dion's world tour is still scheduled to begin on May 25, 2022 in Birmingham, England.

According to the statement, tickets purchased with a credit card through authorized ticketing outlets for the North American dates will be refunded automatically.

Ticket holders of the cancelled performances will soon receive an email notification with more information, the statement reads.

The cancelled tour dates for Canada include:

Thunderstorms kill 2 in southern Ont., knock out power in parts of Que.

As the May long weekend kicked off, a massive thunderstorm in southern Ontario and Quebec brought strong wind gusts that knocked down trees, took out power and left at least two people dead.