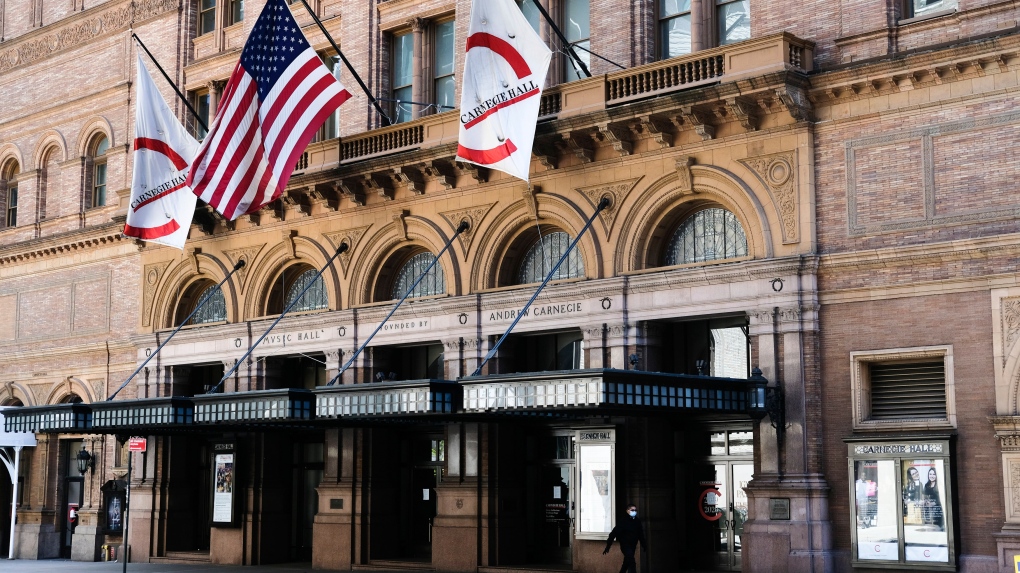 This May 12, 2020 file photo shows Carnegie Hall in New York. Carnegie Hall has extended its closure due to the novel coranavirus pandemic through April 5, 2021. (Photo by Evan Agostini/Invision/AP, File)

NEW YORK -- Carnegie Hall has extended its closure due to the coronavirus pandemic through April 5.

The decision announced Thursday leaves only the possibility of performances at the very tail end of the hall's 2020-21 season.

Carnegie has been closed since March 12 and last June has cancelled performances through Jan. 6.

The venue has shifted some of its programming online.

Among the events cancelled early next year were a planned night of the music of film composer John Williams, performances by the New York Pops and the Shanghai Chinese and Vienna orchestras.