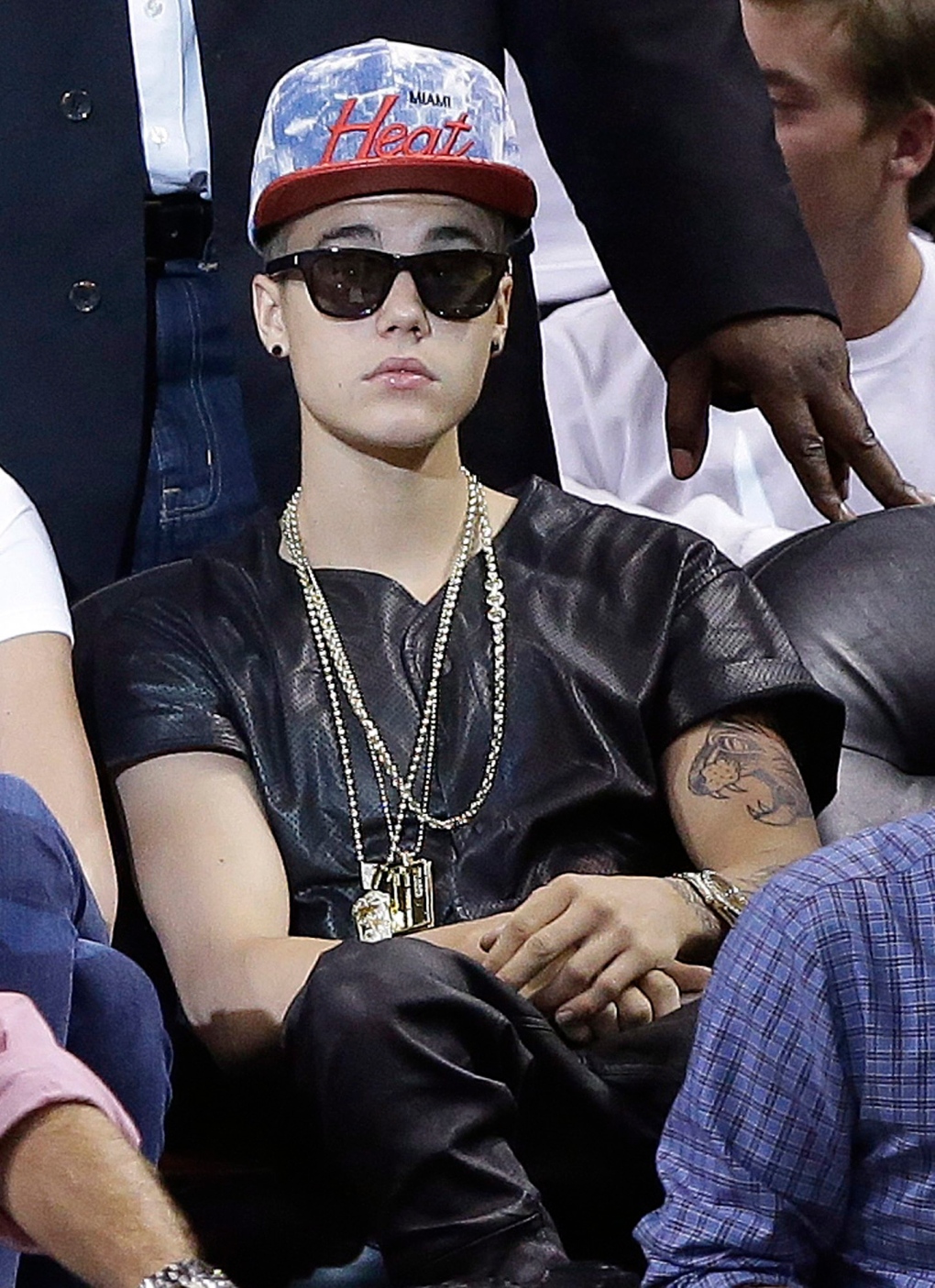 Singer Justin Bieber watches players during the first half of Game 7 in their NBA basketball Eastern Conference finals playoff series between the Miami Heat and the Indiana Pacers on Monday, June 3, 2013 in Miami. (AP / Lynne Sladky)

The 27-year-old pop star believes her fellow Canadian singer - who she shares a manager, Scooter Braun, with - is getting unfairly treated by the media and is doing well as a 19-year-old in the public eye.

Carly told Billboard magazine: "I actually am so out of the loop on any it. But people are constantly, like, 'Is Justin OK?' I've not really noticed any of that. I feel like Justin's a guy who's working hard every day, and I think the media can sometimes be a little brutal with stuff and over-exaggerate things. But I stand by him. I support him. I think he's a good guy, and he's doing the best he can."

Over the past few months Justin has hit the headlines after cannabis was allegedly found on his tour bus, he then annoyed his neighbours with unreasonable behaviour, has been accused of various driving offences and had his pet monkey quarantined in Germany.

Carly also reiterated her motivation for pulling out of a Boy Scouts of America concert over its anti-gay policy.

The 'Call Me Maybe' hitmaker was due to perform at the organisation's festival, the National Scout Jamboree, in July, but cancelled her appearance because the youth organisation doesn't allow gay scouts and leaders.

She said: "It's pretty simple; I believe in equality for everyone. I did not know that (the Jamboree) was going to be the big deal it became, but it just wasn't something I felt comfortable supporting. So I got out of it, and I'm hoping that moments like that do put a bit more light on that sort of subject, because it's something that shouldn't be an issue any longer. This sort of stuff needs to stop now."