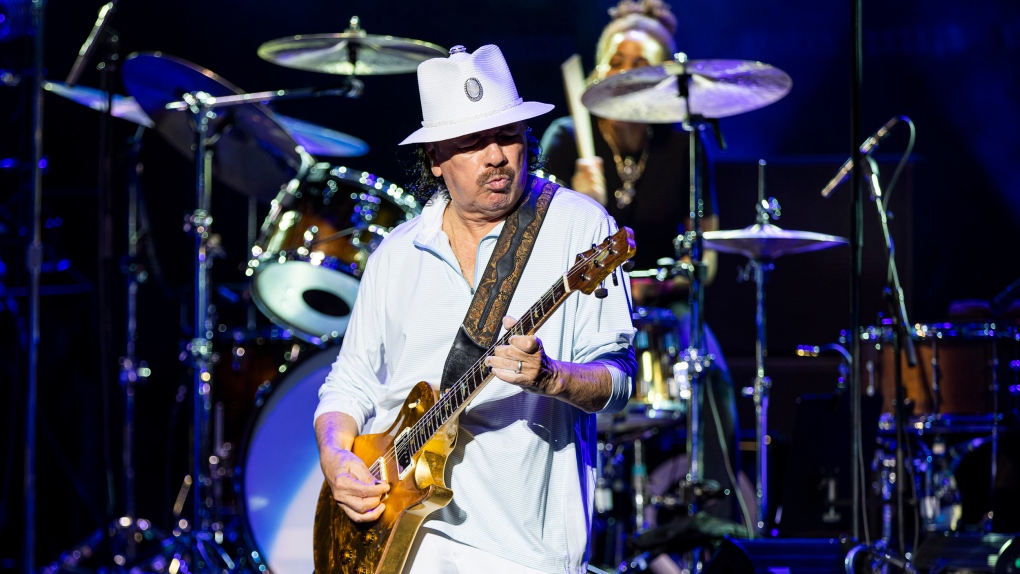 Carlos Santana was performing at Pine Knob Music Theatre on July 5 in Clarkston, Michigan, when he was overcome with heat exhaustion. (Scott Legato/Getty Images)

Legendary musician Carlos Santana suffered a medical emergency Tuesday night during a performance in Michigan, according to his management team.

Santana was "over-taken by heat exhaustion and dehydration," according to a statement by his management team posted on his official Facebook page. He was performing at Pine Knob Music Theatre, an outdoor amphitheater in Clarkston, which is about 40 miles outside of Detroit.

Temperatures in Clarkston reached up to 32 C Tuesday, nearly five degrees above average, according to CNN meteorologist Robert Shackelford.

"He had just started a song that was about joy and love," concertgoer Alisa Zee told CNN. "He called for healing for the world. It was during that song that he collapsed."

In videos recorded by fans, the 74-year-old musician sits on the corner of the stage and stops playing the guitar.

As medical personnel attended to Santana, the stage crew held up a black tarp to block the view of the stage. As he was removed off the stage, fans are heard in a video cheering for the musician. Zee said the artist waved at fans as he was taken off stage.

"Carlos was taken to the emergency department at McLaren Clarkston for observation and is doing well," reads the statement on his Facebook page.

Following the incident, Santana also posted a short message on Facebook, where he thanked his fans for their "precious prayers."

"Forgot to eat and drink water so i dehydrated and passed out," he wrote.

The musician was set to perform with Earth, Wind and Fire on Wednesday night in Pennsylvania, but that concert has been postponed, according to the statement.

Santana performed Monday as part of CNN's 'The Fourth in America' concert.

The FBI searched Donald Trump's Mar-a-Lago estate as part of an investigation into whether he took classified records from the White House to his Florida residence, people familiar with the matter said Monday, a move that represents a dramatic and unprecedented escalation of law enforcement scrutiny of the former president.

Helicopters have begun bringing essential supplies to southern Newfoundland towns cut off from the rest of the island by two out-of-control forest fires.

Serena Williams says she is 'evolving away from tennis'

Serena Williams says she is ready to step away from tennis after winning 23 Grand Slam titles, turning her focus to having another child and her business interests.

Some of the world's richest men are funding a massive treasure hunt, complete with helicopters and transmitters, on the west coast of Greenland.

Ashton Kutcher says he battled the debilitating disease vasculitis. Here's what it is

Ashton Kutcher revealed Monday he had battled a serious autoimmune disease that affected his hearing, sight and ability to walk for more than a year.