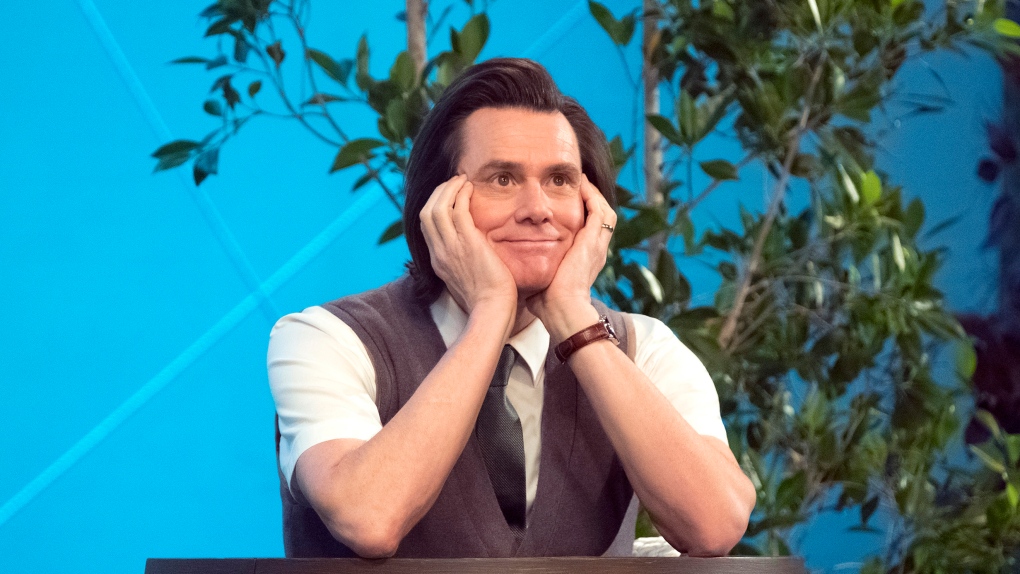 This image released by Showtime shows Jim Carrey as Jeff Pickles in a scene from the series "Kidding." (Erica Parise/Showtime via AP)

Jim Carrey, Sandra Oh, Stephan James and Jean-Marc Vallee were among the Canadian Golden Globe nominees announced Thursday, while Ryan Gosling's lack of a mention for "First Man" had many fans declaring the London, Ont., native was snubbed.

Oh got a nod for best actress in a TV drama series for "Killing Eve," on which she's also an executive producer.

The Korean-Canadian star plays an MI5 operative hunting down a female assassin on the BBC America series, which aired on Bravo in Canada.

Earlier this year Oh was nominated for an Emmy for lead actress in a drama series for the role, making her the first Asian woman to be nominated in that category. She didn't win but made a big splash by bringing her parents to the awards show.

In an interview earlier this year, the former "Grey's Anatomy" star said she enjoyed "delving deeply into a piece about female psychology."

"What is more interesting to me is seeing two human beings embroiled in a relationship that they can't define or let go of," Oh told The Canadian Press.

Oh's competition for the Golden Globe includes Elisabeth Moss for "The Handmaid's Tale," which is shot in Toronto, as well as Caitriona Balfe for "Outlander," Julia Roberts for "Homecoming," and Keri Russell for "The Americans."

Oh will also host the 76th annual Golden Globes, along with Andy Samberg, from Beverly Hills, Calif., on Jan. 6 on NBC and CTV.

Toronto-born Carrey is up for best performance by an actor in a television series, musical or comedy for "Kidding." The Showtime comedy-drama is set in Columbus, Ohio and stars Carrey as a beloved children's television host.

Carrey's competition includes Michael Douglas for "The Kominsky Method," Donald Glover for "Atlanta," Bill Hader for "Barry" and Sacha Baron Cohen for "Who Is America?"

James, who also hails from Toronto, made the cut for the Amazon Prime Video series "Homecoming." He stars alongside Roberts as a soldier in a post-battlefield treatment centre in the noir psychological thriller, which is based on the podcast created by Eli Horowitz and Micah Bloomberg.

Other actors nominated in that category include Jason Bateman with "Ozark," Richard Madden for "Bodyguard," Billy Porter for "Pose," and Matthew Rhys with "The Americans."

It's been a big year for James, who grew up in the Toronto suburb of Scarborough, with another major leading role -- in the widely acclaimed Barry Jenkins film "If Beale Street Could Talk."

Meanwhile, Vallee's production company Crazyrose was named in the nomination for best television limited series or movie for "Sharp Objects."

Montreal-based Vallee also directed the HBO gothic mystery, which stars Amy Adams as an alcoholic reporter investigating the murder of a preteen girl and the disappearance of another in her Missouri hometown.

"Sharp Objects" is up against "The Alienist," "The Assassination of Gianni Versace: American Crime Story," "Escape at Dannemora" and "A Very English Scandal."

Adams also scored a Golden Globe nod for her role in the series, as did co-star Patricia Clarkson, who plays her judgmental mother.

Gosling was widely expected to be nominated for his role as astronaut Neil Armstrong in the biopic "First Man," but alas his name was not called, prompting a stream of angry social media posts from upset fans.

Winners in 25 categories -- 14 in film and 11 in television -- are voted on by the Hollywood Foreign Press Association.