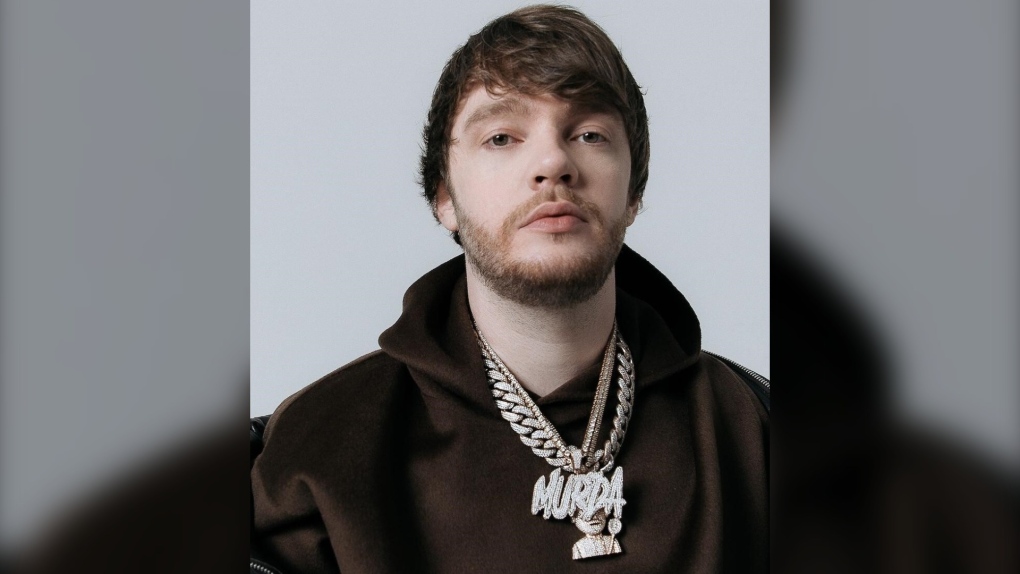 Toronto music producer Murda Beatz, shown in a handout, whose real name is Shane Lindstrom, is selling off ownership in his songs by Drake, Migos and others to Canadian music investment firm Kilometre Music Group. (THE CANADIAN PRESS / HO-Kilometre Music Group)
TORONTO -

Drake and Migos producer Murda Beatz is selling off publishing rights to hundreds of his songs to an upstart Canadian music investment fund.

Kilometre Music Group tells The Canadian Press it has purchased 285 songs that the 27-year-old helped create up until 2020, including Drake's No. 1 single "Nice For What," and other tracks from the Toronto rapper's library, among them "Elevate," "Portland" and "With You."

Financial terms were not disclosed. The Murda Beatz agreement does not cover the producer's stake in each song's master recordings.

What Kilometre gets are royalty payments each time the lyrics or music is used in a variety of circumstances, including if the composition is recreated in another song, printed as sheet music, performed by another artist in concert or placed in a film or TV series.

Murda Beatz, who was born Shane Lindstrom and grew up in Fort Erie, Ont., rose to fame in the mid-2010s, in part thanks to artist shoutouts on tracks that often opened with the phrase "Murda on da beat."

He's nominated at this year's Grammy Awards for his work on Ariana Grande's 2020 album "Positions."

The transactions are the latest in a flurry of acquisitions by music rights management companies and record labels hoping to buy song rights from the world's most successful music acts and juice more revenues through streaming, ad placement and other sources.

Earlier this week, Sony Music Entertainment announced it acquired Bob Dylan's catalogue of music, including recordings of "Knockin' on Heaven's Door" and "Blowin' in the Wind."

The fund bought a 50 per cent stake in 1,180 of Neil Young's songs, as well as royalty rights to some of Winnipeg-born producer Bob Rock's work on Michael Buble's Christmas hits and Metallica's "Enter Sandman."

Since launching last spring, Kilometre has focused on Canadian artists willing to sell their ownership for an upfront payment.

Several of their marquee purchases have been in Canada's vibrant hip hop and rap community.

The fund secured a 50 per cent stake in 180 songs from Ottawa rapper Belly's catalogue, including rights for his co-writing work on the Weeknd's "Blinding Lights," "Save Your Tears" and "In Your Eyes."

Last October, the fund purchased the rights for 72 songs by Toronto songwriter Nasri Atweh, including the smash hit "Rude" from his band Magic!, and his ownership stake in Justin Bieber's early hits "As Long As You Love Me" and "Never Say Never."

This report by The Canadian Press was first published Jan. 28, 2022

DEVELOPING | 'Too many children did not make it home': Anniversary of discovery at Canada's largest residential school

A daylong memorial is underway Monday in Kamloops, B.C., at the site of what was once Canada's largest residential school on the one-year anniversary of the announcement of the detection of unmarked graves.

The death toll related to the powerful storm that swept Ontario and Quebec on Saturday has reached 10.

Is my home or car covered from storm damage? In most cases yes, insurance bureau says

As residents in Ontario and Quebec work to repair the damage caused by a severe storm over the weekend, many may be wondering whether their homes and cars are covered from any damages. The Insurance Bureau of Canada says wind damage is usually covered, but to confirm with their provider what losses may be included.