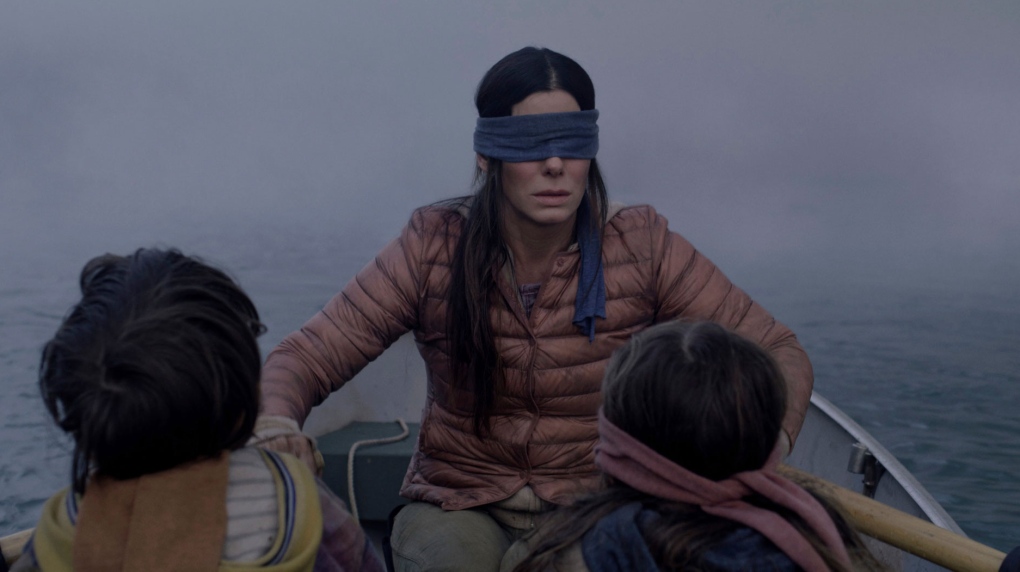 Canadian members of Parliament have passed a unanimous motion condemning Netflix for using images of the Lac-Megantic rail disaster in fictional dramas and demanding financial compensation for the Quebec community for using the tragic images without consent. (Netflix)

OTTAWA -- Netflix should compensate the people of Lac-Megantic for using footage of the 2013 rail disaster there in fictional dramas, Canada's members of Parliament have agreed unanimously.

The motion they passed is non-binding, an expression of sentiment and not a law. But it's a stern rebuke from Canada's Parliament aimed at the online streaming giant, after footage from the rail explosion that killed 47 people in the Quebec town was used in the hit movie Bird Box and the series Travelers.

MPs are demanding that Netflix remove all images of the Lac-Megantic tragedy from its fiction catalogue -- a plea that has also been made by Quebec's culture minister Nathalie Roy and Lac-Megantic Mayor Julie Morin.

Netflix has apologized, saying it was not aware of the source of the footage, and has agreed to take steps to avoid using it in future productions.

But the company has refused to remove the images from Bird Box, a disaster movie released late last year.

That's something NDP MP Pierre Nantel, who introduced the House of Commons motion this week, says he cannot accept.

"We know people are going to go and watch this film, and again these real images will be used," he said. "For people in Lac-Megantic, they saw images of their own downtown burning, and could imagine their own family members in it."

He noted the movie was produced by Netflix and exists almost exclusively online -- so it's not a case of a production company trying to recall movies widely distributed to cinemas or to consumers on DVDs.

"It's online, it's their own and it's an image that is easy to switch out."

Netflix refused comment Wednesday, pointing only to a letter the company sent last week to Roy in response to her concerns. In it, the company's public-policy director Corie Wright says while Netflix "understands that many feel frustration and sadness at seeing images of this tragic event," the company cannot make changes to "finished content."

As for the demand from the House of Commons that Netflix pay compensation to the community of Lac-Megantic for using the rail disaster for entertainment purposes, the company had no comment.

Netflix has been a lightning rod of discontent in Quebec ever since it agreed to invest $500 million over five years in Canada as part of the federal government's cultural policy, which included a promise to set up a Canadian production facility.

Netflix committed to spend $25 million to develop French-language content, but the lack of a contractual obligation to produce and stream it came under heavy scrutiny in Quebec, where former federal culture minister Melanie Joly and her plan were pilloried and dismissed as naive. Joly has since been shuffled to Tourism, Official Languages and la Francophonie.

Nantel says he does not want to conflate the taxation and Canadian content concerns involving Netflix and other streaming services with this specific issue, but he did point out that if a traditional Canadian broadcaster had used Lac-Megantic footage in a similar way, the Canadian Broadcast Standards Council could be called on to intervene.

"Like Ms. Roy said, you cannot leave your broadcasting system to be some sort of wild west where everybody is doing whatever they want," Nantel said.