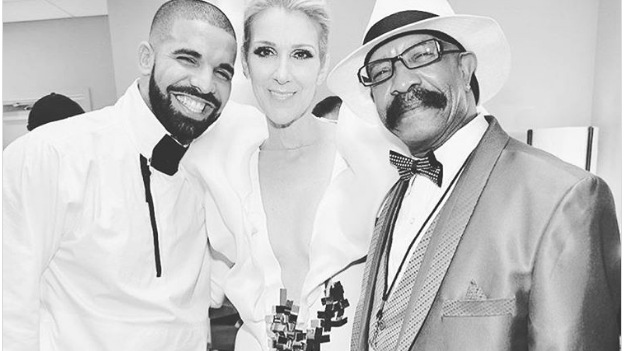 Celine Dion poses with Drake and his dad at the 2017 Billboard Music Awards. (Champagnepapi/Instagram)

The rapper posted a picture of himself and his father with Dion, who sang "My Heart Will Go On" from "Titanic" to mark the 20th anniversary of the film.

Video posted by a Drake fan Twitter account shows Drake telling Dion "you're very iconic" and "we love you" during their meeting. He added that he's "like a year away" from getting a tattoo of Dion.