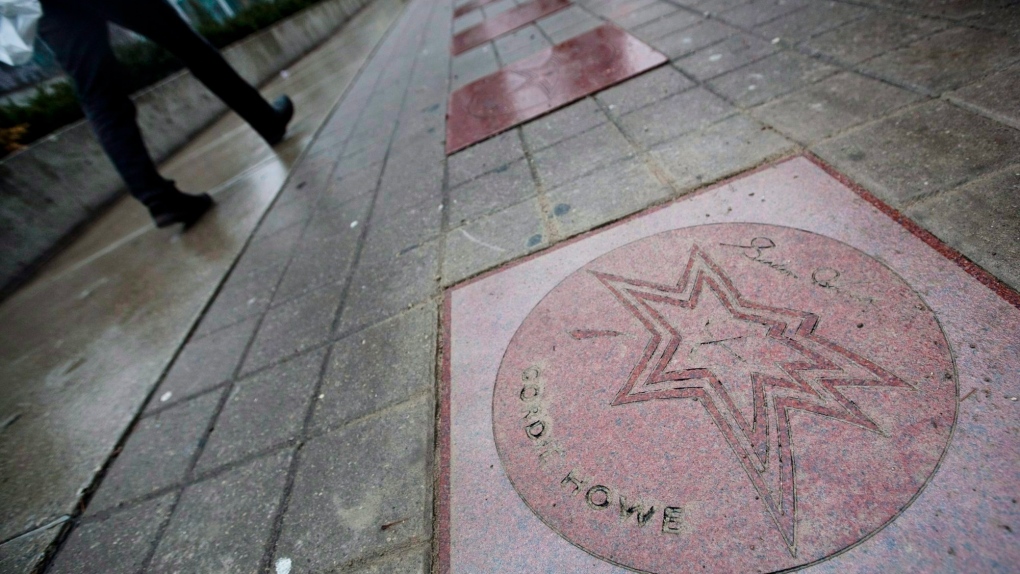 TORONTO -- Canada's Walk of Fame stars might be headed to a new, nearby galaxy.

CEO Jeffrey Latimer says the Walk of Fame is in talks with a city of Toronto councillor about including the stars in a revitalization plan for the downtown John Street strip.

The area isn't far from where the stars currently lie, in the entertainment district along King Street West.

But making the granite slabs part of a more pedestrian-friendly John Street project could give them a more prominence in the area, says Latimer.

"A lot of people will walk along King Street and look down and go, 'Oh my gosh, there's a star.' They'll fall into it. They'll, by accident, find someone's star and think, 'That's cool,"' he said Wednesday in a phone interview.

"No one dislikes it -- it's just not really focused."

Latimer has been making a number of changes as leader of the Walk of Fame, a role he was hired for last year. Many of those efforts have centered on raising the profile of the honour.

Having the stars in a centralized home that Toronto considers a "cultural corridor" might ensure they're better maintained by the city, which is responsible for their upkeep, he added.

On Monday, the city's Economic Development Committee is scheduled to hear the Walk of Fame motion put forward by councillor Joe Cressy. He's proposing the stars be incorporated into the design of the John Street initiative, with a revitalized public space on the south-east corner of John Street and King Street West.

If the motion is endorsed, the city would then co-ordinate with organizers at the Walk of Fame on a report that would likely be submitted to council early next year, said Cressy.

Latimer said the Walk of Fame corner at King and John could include visual boards, sculptures, monuments and interactive displays that celebrate achievement rather than just fame.

"We'll look at models like (Grauman's) Chinese Theater," Latimer said, referring to the movie palace on the Hollywood Walk of Fame.

Founded in 1998, Canada's Walk of Fame is a charitable organization that has inducted 173 Canadians who excel in their respective fields.

The John Street proposal comes as Latimer looks to make the Walk of Fame more national, with its recently launched Hometown Stars program, in which inductees receive stars close to where they grew up in Canada.