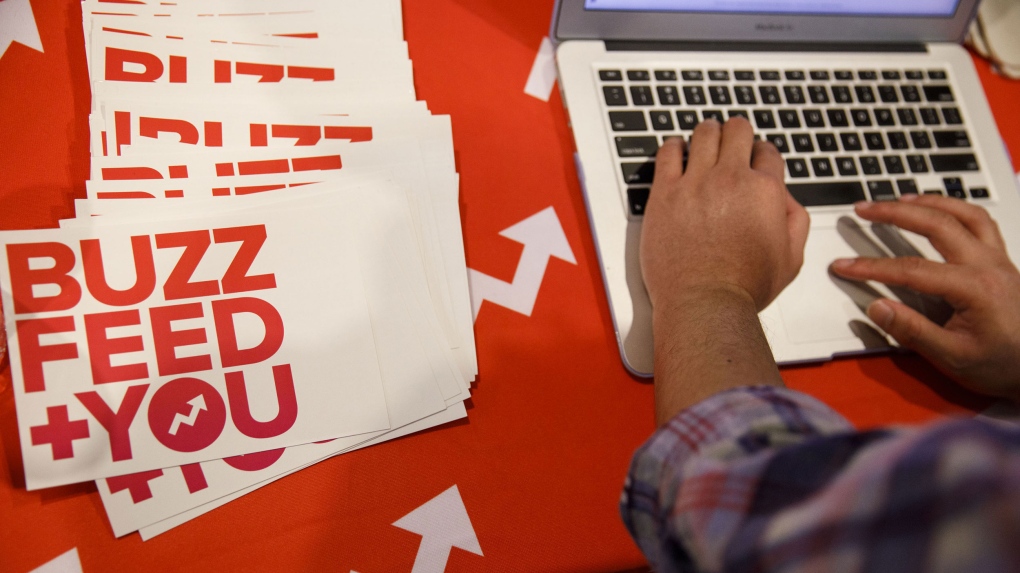 On December 6, BuzzFeed said it would lay off approximately 12 per cent of its staff, making the digital news and entertainment conglomerate the latest media company to make painful cuts amid a deteriorating economic climate. (Patrick T. Fallon/Bloomberg/Getty Images)

BuzzFeed on Tuesday said it would lay off approximately 12 per cent of its staff, making the digital news and entertainment conglomerate the latest media company to make painful cuts amid a deteriorating economic climate.

In a note to impacted employees, Jonah Peretti, the company's founder and chief executive, blamed the cuts on "a combination of worsening macroeconomic conditions" and changes in how people consume media.

The move to cut operating costs also comes as the company's stock hovers at an all-time low of about US$1.10 per share, down nearly 90 per cent over the past year.

The cuts, which are expected to impact roughly 180 employees, targeted sales, technology, production, and content teams for both BuzzFeed and Complex, which it acquired last year, a spokesperson told CNN.

The spokesperson added that there were no cuts made to its Tasty food brand, BuzzFeed News, or HuffPost, which BuzzFeed also acquired.

A slew of media companies have slashed costs in recent months as the advertising market weakens and the economic outlook becomes dimmer.

In the last few weeks alone, CNN laid off hundreds of employees; newspaper chain Gannett laid off about 200 staffers; AMC Networks cut 20 per cent of its staff; NPR said it needs to cut US$10 million in costs; Disney said it will restructure its business; Paramount Global laid off some staffers; the digital news upstart The Recount reportedly made plans to shutter; and The Washington Post ended the print edition of its Sunday magazine, resulting in the layoff of 10 staffers.

Peretti told staffers that he wanted them to know that the layoffs did "not reflect on the good work the affected employees have done over the years to build our company and our brands."

"In order for BuzzFeed to weather an economic downturn that I believe will extend well into 2023," Peretti said, "we must adapt, invest in our strategy to serve our audience best, and readjust our cost structure."

Moving forward, Peretti said that he wants to invest "in areas that will drive growth" and build "a more robust creator business."

"I know that there's nothing I can write here to make this easier for anyone losing their job today," Peretti told affected staffers. "While I believe in the strategy we're pursuing, and know it's necessary to navigate the challenging year ahead, that's no comfort if you are directly affected."